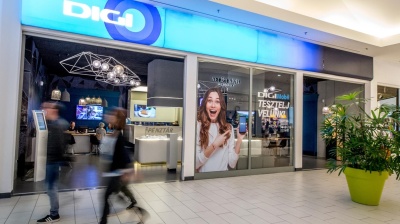 DIGI was disqualified from applying for 5G frequency in the fall of 2019 for grounds of misleading authorities.
By bne IntelliNews November 12, 2020

Hungary's media and infocommunications authority (NMHH) said the Budapest Metropolitan Court ruled in favour of the authority when it rejected the application of Romanian-based telecommunication company Digi to register for participation in a 5G spectrum auction in autumn 2019, the NMHH said on November 11.

The company may appeal the ruling at the Curia, Hungary's supreme court, the NMHH said. In September 2019, the NMHH cleared three companies - Magyar Telekom, Telenor Magyarorszag and Vodafone Magyarorszag - to participate in the 5G auction.

DIGI Communications N.V., the Netherland-based parent company of Hungarian telco Digi Kft., was the only other company to apply to register but it failed to fulfil the criteria for participating.

The court cited that NMHH correctly concluded that the Hungarian subsidiary did not apply directly for the frequency auction because it perceived that there may be grounds for being excluded.

Instead, it was the Netherland-based parent company, DIGI Communications N.V., which run in the tender. If it had won, the acquired rights would have been transferred to the Hungarians subsidiary, which the court said violated tender procedures. The media authority rightfully ruled that Digi Kft. intended to mislead authorities, it said.

NMHH's 5G tender document released in the summer of 2019 excluded candidates from participation, if they were penalised for violations of antitrust rules in the past 24 months. Two years ago Digi was fined HUF90mn (€25.3mn) for providing misleading information to authorities when it acquired Invitel's retail business last year.