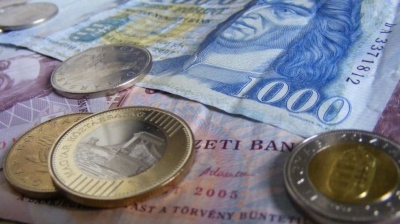 By Tamas Szilagyi in Budapest November 26, 2019

The Hungarian forint extended losses on the interbank market, slipping to 337.2 versus the euro on November 26. The previous record was set in September at 336.3. The local currency has underperformed other regional currencies this year.

Technically, the picture still points to more weakening, according to an analyst at Equilor brokerage, who added that the HUF340 level, which is at the upper end of the trendline, could be tested.

The National Bank (MNB) has kept the base rate unchanged since 2016 and looks committed to maintaining its ultra-loose policy. At the last rate-setting meeting it stressed downside risks to inflation. Analysts say policymakers are sticking to an accommodative stance, especially as economic growth is expected to slow from around 5% to 3-3.5% next year.

Speaking at a regular economic forecast, Mariann Trippon of CIB said market players are on the view that the central bank is not worried about the weak forint. In its quarterly inflation report it said the main inflation indicators will not exceed the 4% tolerance band set by the central bank.

CIB does not share the MNB’s forecasts, which sees downside risks to inflation.

Average inflation as well as tax-adjusted core inflation, specifically watched by the National Bank, could be above the central bank's 3% target both this year and next year, signalling growing demand-size inflationary pressure.

As long as the local currency depreciates slowly, it will not hurt the MNB, especially if inflation remains below its target, Trippon said, adding that the it is unlikely that the central bank will be forced to change its monetary policy stance next year.

The bank expects a slow and gradual depreciation of the forint in the next period and its average forecast for 2020 is HUF330.

Consumption and investments, supported by EU funds, will continue to drive economic growth, but their positive effects will weaken in 2020 while export growth is expected to slow because of a deteriorating external environment.