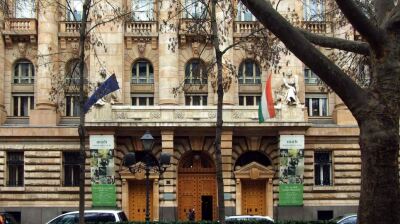 The markets have questioned the efficacy of the MNB’s effort to fight inflation through non-conventional tools to reduce liquidity in the bank sector. / bne IntelliNews
By Tamas Csonka in Budapest September 30, 2022

Hungary’s forint plummeted to historically weak levels against the euro and the dollar on concerns about the National Bank (MNB) ending its tightening policy too early on September 27. There are also worries over the country’s foreign currency reserves falling sharply as the current account deficit is widening due to rising import bills and the impact of the strong dollar on emerging market currencies.

So far, the market has clearly taken a negative view of the central bank ending its monetary tightening cycle on Tuesday, even after a steeper rate hike, 125bp that brought the base rate to 13%, the highest in Europe, according to analysts.

MNB Deputy Governor Barnabas Virag signalled earlier that the central bank is considering ending the tightening cycle, but it was still a negative surprise for the markets.

The MNB’s announcement came after the central bank raised its 2022 and 2023 inflation targets, seeing inflation accelerating to 20% in September from 15.6% in August  amid a deepening energy crisis that is putting pressure on the country’s external balance.

Others questioned the efficacy of the MNB’s effort to fight inflation through non-conventional tools to reduce liquidity in the bank sector and said the MNB has constrained its room of manoeuvre with the announcement.

The ECB and the Fed rate hikes will pile further pressure on vulnerable emerging market currencies such as the forint as geopolitical tensions rise and Hungary remains exposed to the energy crisis, while still being locked in a row with Brussels over its frozen Recovery and Resilience Facility and Cohesion Funds.

Ukraine spiralling towards default, according to Fitch

Turkey’s regime working overtime to ensure no lira ‘freak show’ ahead of elections
Ukraine spiralling towards default, according to Fitch
NPLs soaring in Ukraine