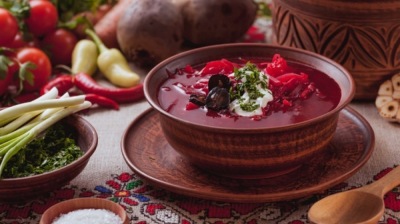 The IMF says the combination of the Ukraine war, high energy prices and El Nina will keep food prices high for the moment / bne IntelliNews
By Ervin Prifti . December 14, 2022

Food prices, which reached a record earlier this year, have increased food insecurity and raised social tensions. They have also strained the budgets of governments struggling with rising food import bills and diminished capacity to fund extra social protection for the most vulnerable.

To better understand the scale of these unprecedented challenges for global policymakers, we quantify in new research the typical impact of four historically important drivers of food commodity prices. Our analysis, published in October’s special feature box in the latest World Economic Outlook, shows: 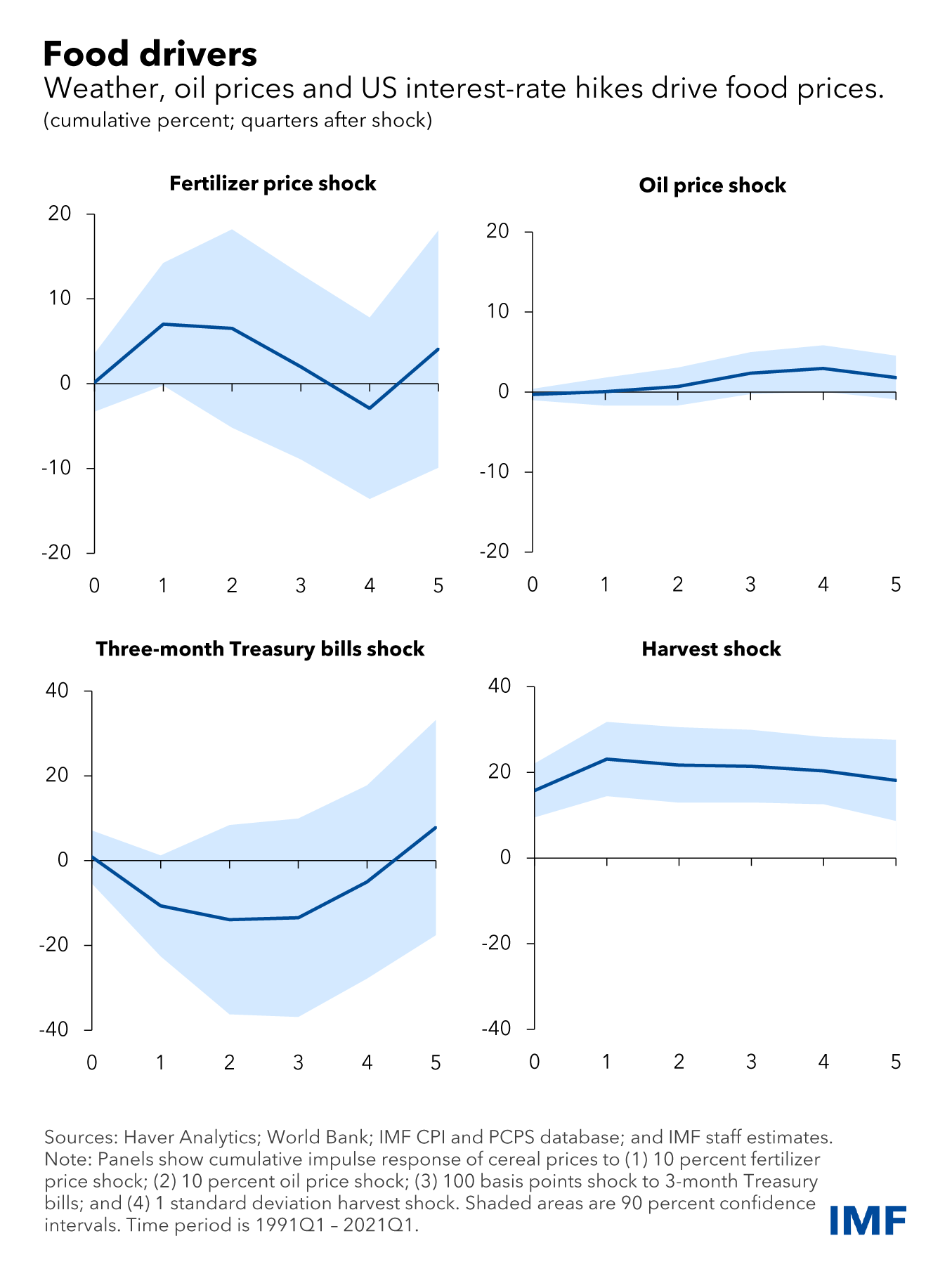 La Niña weather conditions are forecast to return for a third straight year, bringing below-average water temperatures to the east-central Pacific Ocean, according to the UN’s World Meteorological Organisation. Similar three-year periods occurred during the first world food crisis between 1973-76 and again between 1998-2001.

Moreover, the Black Sea Grain Initiative that provides safe export shipping from Ukraine could cause another shock to cereal supplies if it is suspended again by Russia. This alone would reduce global wheat and corn supplies by 1.5 percentage points, relative to current expectations, and in turn raise cereal prices by 10% within a year.

In addition, high energy prices raise fuel and fertiliser prices, boosting food production costs, but they also divert output from food to biofuels. Fertiliser prices are double what they were before the pandemic, even after a pullback in recent months.

Around 45% of any change in fertiliser prices usually feeds directly into global cereal prices within four quarters, IMF research shows. This suggests that part of the effect of high fertiliser prices may yet fully materialise. In poorer countries, where farmers use fertiliser more sparingly, reduced use may diminish harvests.

Our estimates suggest Fed tightening has already helped lower cereal prices since April and will continue to put downward pressure on prices through the end of next year.

It remains uncertain how the combination of harvest disruptions, energy prices and monetary policy will play out. Trading in futures markets suggests that wholesale cereal prices will only drop 8% next year from the current highs. But our estimates indicate supply constraints could outweigh weakening demand, keeping prices elevated for the next few quarters.

Higher international food prices are estimated to have added 6 percentage points to consumer food inflation in 2022. However, the pass-through to higher domestic retail food prices could take six to 12 months – another reason why, in addition to the recent weakening of emerging market currencies, many people will have to wait for relief from lower commodity prices. 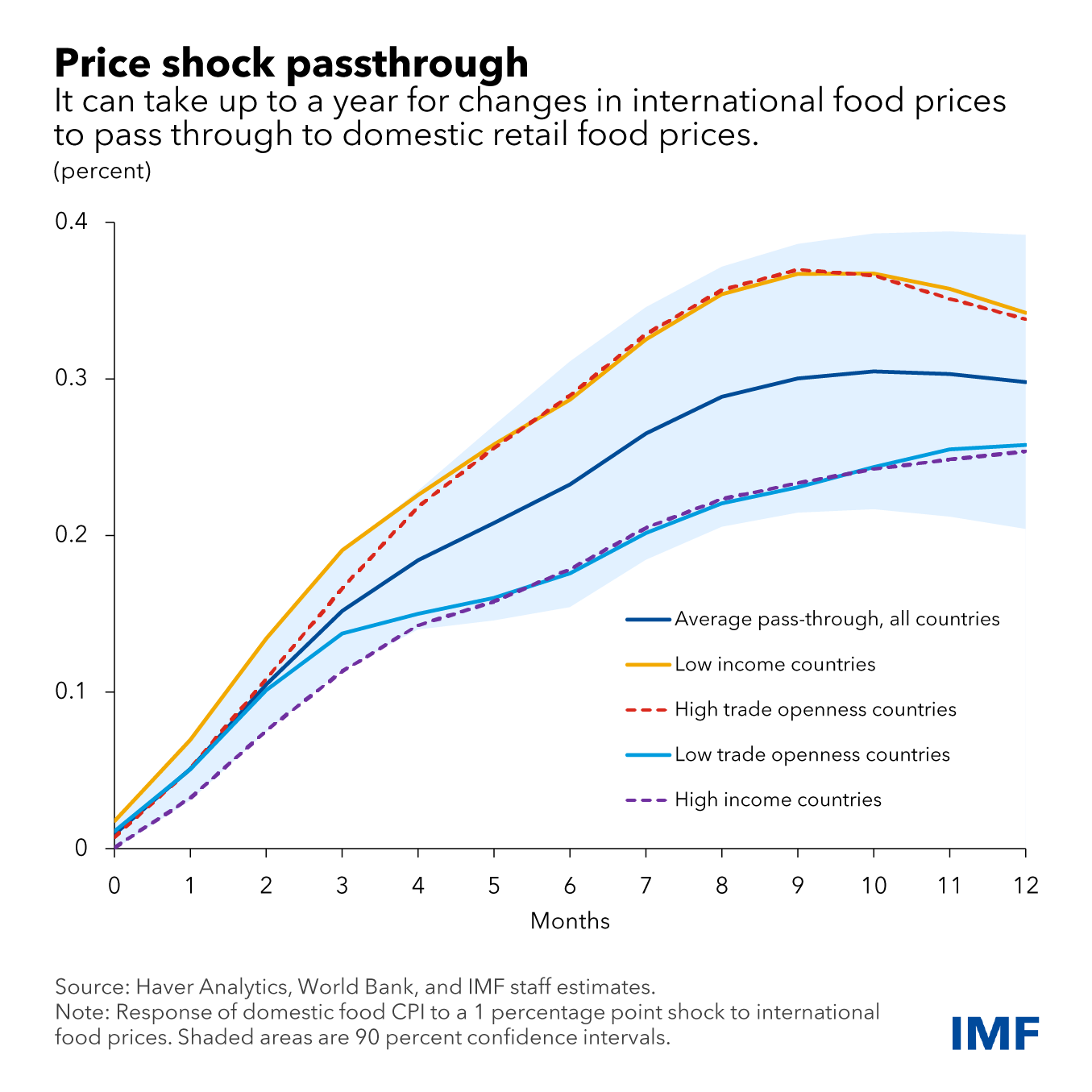 ​Finally, the risk of food prices increasing again rather than declining during the next couple of quarters remains high. And if these risks weren’t enough, the impact of rising interest rates on food insecurity could be mixed. That’s because a resulting slowdown in economic activity may reduce personal incomes. Combined with still elevated food price levels, this could increase the number of food insecure people.

To defend against new price surges and allow food and fertilisers to flow to those who need it most, it is still vital that international trade remains free. In particular, the Black Sea grain corridor has facilitated cereal exports from Ukraine and brought down prices to pre-invasion levels, mitigating global hunger. It is important that there is also global access to fertilisers by eliminating trade barriers that are limiting global supply, as far as possible. 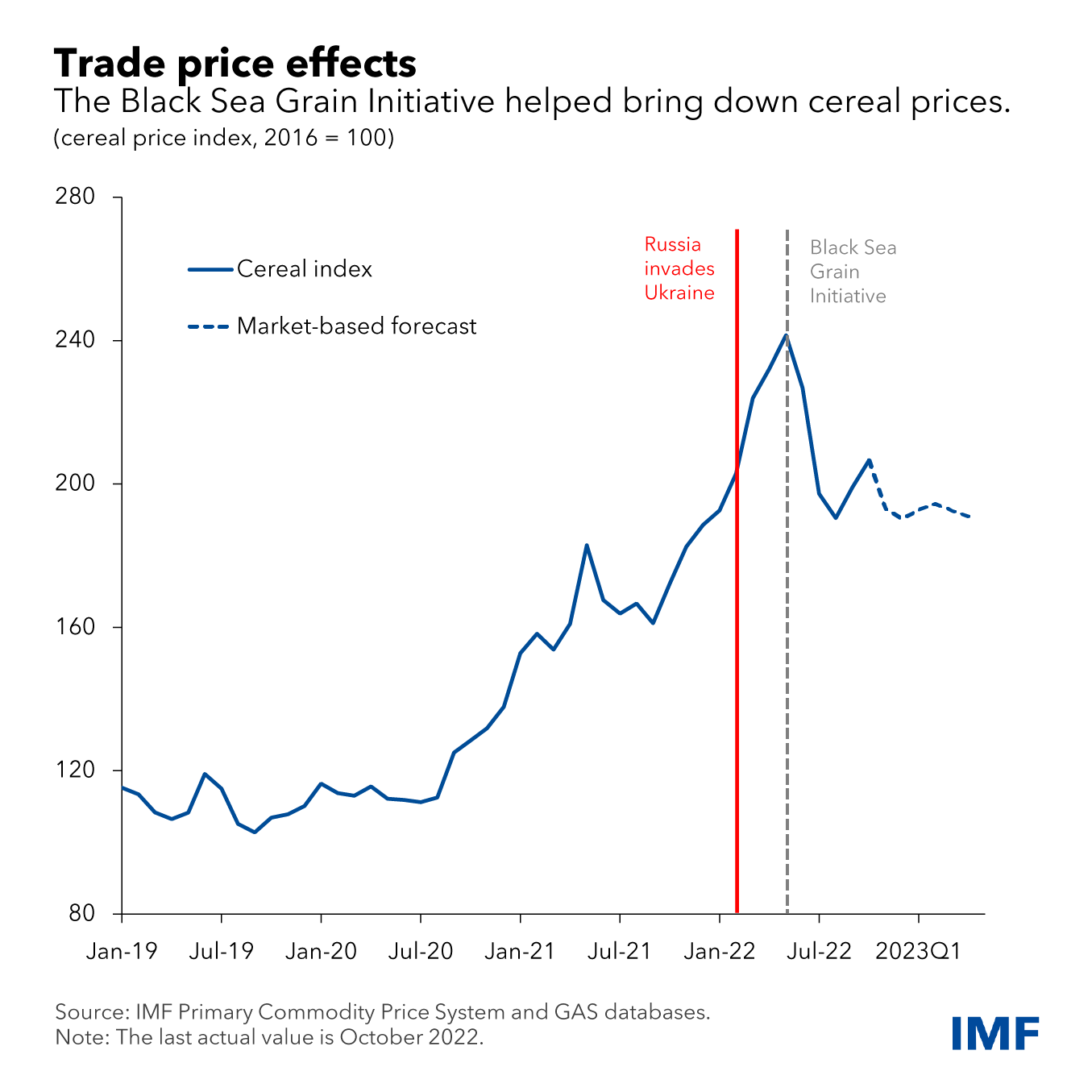 ​Countries should allow the increase in global prices to pass through to domestic prices while also stepping up targeted social protection spending, as their budget allows. This is necessary to allow price signals to rebalance food markets and at the same time to protect vulnerable families' purchasing power. External debt relief and grants from international organisations could help finance the expansion of social assistance schemes in developing countries.

To help ease supply tensions, countries should stimulate domestic food production, while avoiding stockpiling and using reserves, especially those that have accumulated higher stock levels. Finally, high fuel prices at the pump have led policymakers to maintain or increase the mandates for oil refineries to blend biofuels into their national fuel mix, with the intent of expanding supply. This extra demand on crops to produce feedstock for ethanol and other biofuels puts more pressure on food prices. Reducing biofuel mixing mandates would help lessen the impact of higher demand for biofuels on food prices.

This article is part of the IMF’s blog posts and first appeared here.

PANNIER: A very Turkmen coup
4 days ago
OPINION: Bulgaria sets itself a tough task with Burgas-Alexandroupolis pipeline revival
7 days ago
NEMETHY: Is Ukraine War the beginning of World War III?
7 days ago
RIDDLE: The Russian army in 2023
8 days ago
‘Yesterday’s strategy won’t do’ in Europe’s approach to Iran says Carnegie analyst
13 days ago