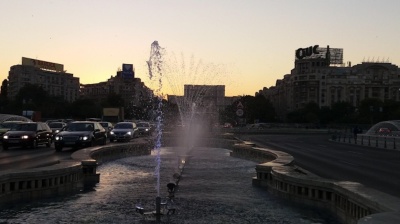 Romania’s GDP is expected to grow by 4.8% in 2022 and 3.4% in 2023, “supported mainly by momentum in domestic demand”, according to the conclusions under Article IV passed by the International Monetary Fund’s (IMF’s) board.

Independent analysts quoted by Ziarul Financiar daily are more bullish and argue that growth rates of up to 7% are possible this year.

Energy and food prices are expected to keep inflation relatively elevated until the end of 2023, with average annual inflation easing to 10% next year from 13% in 2022, the IMF also says.

The IMF projects Romania’s current account deficit to remain elevated at 7.7% of GDP this year and 7.4% in 2023, but it also expects the rebound in FDI and the start of the EU-supported National Recovery and Resilience Plan to provide substantial funding, with the latter anchored to a path for reforms and growth-enhancing investment into the medium term.

The current projection is actually an upward revision from the more pessimistic 2.2% forecast issued in the World Economic Outlook in April when the uncertainty generated by the war in Ukraine was still higher.

The impact of the war has moderated since the summer when the IMF team visiting Romania for Article IV Consultations revised the growth outlook to 3.5-4.5%, also encouraged by the robust Q1 GDP growth performance.

The IMF board confirmed recommendations facilitated by Romania’s robust GDP growth and oriented towards the two main challenges: inflation and the widening external balance.

Namely, the IMF recommends further raising the policy rates to prevent the entrenching of inflationary pressures and the emergence of a wage-price spiral and gradually moving toward a more flexible exchange rate to address the weakening of external competitiveness and the rising current account deficit.

The Fund’s directors also stressed the need to pursue medium-term fiscal consolidation to rebuild buffers and safeguard fiscal sustainability. Among others, Romania should phase out the current energy price caps and replace them with measures targeting the most vulnerable.

To help improve medium-term budgeting and ensure predictability, the Fund’s directors recommended a more ambitious reform of the personal income tax and improvements to the efficiency of the value-added tax.

Romania’s GDP could rise by up to 7% this year, according to independent analysts quoted by Ziarul Financiar daily, commenting on the latest forecast announced by the IMF.

"Chances are that economy will grow by 6% and even reach 7%. However, this will mean lower growth in 2023, around 2%, due to the base effect," said Adrian Codirlasu, vice-president of CFA Romania.

Ionuţ Dumitru, the chief economist of Raiffeisen Bank, argued that in theory, a 7% increase is possible, provided that there is no stagnation or decrease in Q3 and Q4. “We don't think there will be an increase, in Q3 compared to Q2 and in Q4 compared to Q3. We think we will see declines because the industry is not working and agriculture is hit by the drought. But an increase of 4.8% [as projected by the IMF] is not only probable, it is possible. This is our assessment,” commented Dumitru.