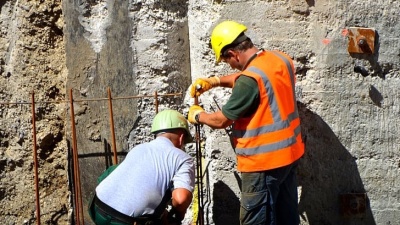 The labour shortages that have threatened to limit economic expansion in Central and some parts of Southeast Europe have started to ease in some countries, with increased labour migration seen as a major contributing factor.

The picture is mixed across the region, with some countries continuing to see unemployment fall to new lows and a constant squeeze on the labour market. In other countries, however, immigration has caused falling populations to revive, and there are signs that migrants are filling positions otherwise left vacant.

The new EU member states of Central Europe have long been seen as an attractive destination for investment thanks to their proximity to Germany and other major West European markets, their skilled workforces and experience in sectors such as automotive, and relatively low costs.

Such was the success of this model that in recent years unemployment has plummeted to record lows, and companies have been struggling to find workers, especially in the main industrial hubs and business centres. Labour shortages were seen as becoming a constraint on future growth.

While labour shortages are not good for individual companies, ironically the tight labour markets in CEE were what helped the region to prolong its boom even in the face of the slowdown in Germany and other major eurozone markets.

Steadily rising wages, forced up by the tight conditions, spurred a wave of consumption, shifting the impetus for growth to varying extents, from exports to domestic consumption, which helped local economies remain resilient.

There were also long-term benefits as companies looked to invest into increasing efficiency and automation as a response to labour shortages.

Now, however, there are signs the labour market tightening is easing off at least in some countries.

“We recently observed that labour shortages started easing somewhat at least in the more advanced countries of CEE, where labour shortages have stabilised and even reversed,” said economists from the Vienna Institute for International Economic Studies (wiiw) during a webinar in November.

They identified three factors behind the change: “First, the natural outcome of the matching process of supply and demand in the lab market takes time to play out. Second, there are now more pessimistic exceptions about future so demand for labour dropped recently in some advanced CEE economies. And, thirdly, labour migration. CEE countries are receiving not only migrants from such traditional countries as Ukraine and the Western Balkans, but also more exotic countries such as Vietnam, Mongolia and Bangladesh.”

Overall, the CEE region is facing a demographic catastrophe, with several states in it forecast to lose more than 40% of their population by 2100, according to UN Population Division long-term projections. Yet this is not uniform across the region. While all states in CEE are seeing a natural decline in their populations, in some — notably the Czech Republic and Russia — migration has offset the natural decrease.

Looking ahead to the 2020-2025 period, the UN projects net positive migration to be highest to the Czech Republic at 2.1%, followed by Slovenia, Hungary and Russia.

In Czechia, new data from the statistics office show that foreign workers made up 13% of the labour force in 2019, up from just 6% in 2010, as Czech employers increasingly rely on foreign workers to fill vacant positions. Radio Prague International reported that while the majority of foreign workers in the country were Ukrainians, Slovaks and Vietnamese, more recently there have been a growing number of workers from countries such as Russia, Poland, Bulgaria and Romania.

Data from Estonia show the country has now been net migration positive for five years, while the statistics office in fellow Baltic state Lithuania revealed in January that the country’s population had grown for the first time in 28 years due to migration.

The number of emigrants exceeded that of immigrants by 10,800 people in 2019, while Lithuania's natural population growth remained negative. Lithuanian citizens accounted for more than a half of the arrivals, and the rest were mostly Ukrainians and Belarusians, the statistics office said.

Immigration has been driving the population increase in Slovenia too. In the first six months of 2019, the number of Slovene citizens decreased by nearly 1,600, while the number of foreign citizens increased by 10,000 and reached 7.1% of the total population (148,189). Migration affected Slovenia’s gender balance, as in 2019 for the first time in more than 160 years of reliable data, men outnumbered women.

Much of the immigration to Slovenia is from poorer fellow member countries of former Yugoslavia such as Bosnia & Herzegovina, many of whom also take up opportunities to work in Croatia, especially seasonal work in the tourism and construction sectors.

The Croatian government has been under pressure from industry associations to raise its quotas for foreign workers, as employers have been unable to find enough local workers to fill vacant positions. There are signs recently that the labour squeeze is easing in Croatia; the Institute of Economics, Zagreb (EIZ) reported a decline in its Online Vacancy Index (OVI), based on the number of online job advertisements, in 2019, indicating a mild decline in labour demand for the first time since 2010.

But immigration has not been a panacea for labour shortages all over the region. Poland has been the top destination country for the millions of Ukrainians who started flooding into EU countries in 2014, with the numbers growing further after then president Petro Poroshenko secured a visa-free travel deal between Ukraine and the EU in November 2016.

Today, there are an estimated 2mn Ukrainian workers in Poland, keeping wage growth at bay. Yet the latest data from Poland shows the country’s unemployment rate was continuing to drop in the second half of 2019, falling to just 5% in October. The unemployment level was only lower in the early 1990s, after which market reforms pushed it well above the 10% mark and further to its peak of 20.7% recorded in July 2003.

Poland’s unemployment rate has been trending down since early 2014, as the labour market has kept on tightening owing to emigration and the ageing of the population. The labour market is anticipated to continue to tighten, creating conditions for further upward pressure on wages, which will maintain consumption.

Polish employers are concerned about a lack of workers, which they claim could pose a risk to longer-term investment and economic growth. The National Bank of Poland insists, however, that there still are considerable labour reserves in Poland, which are preventing wage growth from spinning out of control and thus pushing up inflation.

The growth in immigration has had political implications within the region as well. Hungary has been staunchly anti-migration — especially from non-European nations — and the right-wing government of Prime Minister Viktor Orban has taken a “procreation over migration” approach that recently saw the state take over IVF clinics to offer free fertility treatment to Hungarian couples. This comes on top of generous benefits for mothers of large families.

In both Estonia and Lithuania, concerns have been voiced recently about the potential for social tensions as immigration increases.

There could also be implications for firms’ investment plans. The labour crisis in CEE was seen as having a longer-term positive impact, as firms were expected to invest into automation and digitisation in response, leading to a new wave of investment and increased productivity in the region.

A 2018 McKinsey report looks at how digitisation can become the next growth engine for CEE, and points out that labour productivity still lags behind Western Europe. It estimates that by closing the digital gap with Northern and Western Europe, CEE could earn up to €200bn in additional GDP by 2025. However, as migration into the region increases, there is speculation that if companies can find enough workers, they could turn away from investments into tech upgrades and take advantage of the expanding labour pool instead.