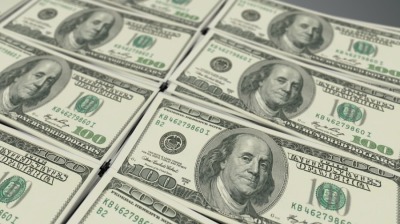 Both Russia and China have been trying to wind down their use of the dollar mostly for political reasons / wiki
By Dmitry Dolgin chief economist Russia at ING in Moscow December 8, 2020

Russia has been on the front line of the de-dollarisation efforts for several years, recently supported by China. Over 2014-19, the share of dollar dropped by 15-20 percentage points in Russia’s trade and financial flows. In 2020, the push for de-dollarisation continued from the top, with the Finance Ministry catching up with the Central Bank of Russia on the diversification of international assets.

However, the politically driven de-dollarisation of state assets and foreign debt was low-hanging fruit. Russian households and corporates need to see a trustworthy alternative to the dollar before any material de-dollarisation of private sector trade and finance can be achieved.

Russian external trade has continued to de-dollarise in 2020, in line with 2013-2019 trends, though largely a reflection of lower oil prices putting pressure on US dollar exports. Russia-China trade is the only area where de-dollarisation is more pronounced through a shift in oil contracts from US dollars to euros. Since 2019, there have been no new milestones in terms of oil exporters switching from dollars to euro or yuan, but given the global trade and foreign policy challenges, China is likely to remain Russia’s ally in de-dollarisation.

Chinese de-dollarisation means an increased role of the national currency, promoted also through the Belt and Road Initiative (BRI) and China’s diversified exports, making it different from Russia, which is juggling various reserve currencies. At least part of China’s motivation to de-dollarise is political (to reduce US foreign policy risks), like Russia. Full or fast de-dollarisation is challenging in China due to structural obstacles, such as the non-liberalised balance of payments.

Russian foreign debt continues to be actively de-dollarised, as maturing dollar liabilities are being replaced by euro and rubles. This is seen equally at the corporate and governmental level and is unlikely to be reversed any time soon given the persistent sanctions preventing the largest entities from dollar borrowing. Another area of active de-dollarisation is government’s savings, for the same reasons. This year, the Finance Ministry swapped a portion of dollars collected in 2019 as a part of the fiscal rule to purchase SBER from the central bank, and called for further dilution of dollar, euro and GBP in favour of gold.

Meanwhile, the de-dollarisation of CBR reserves stopped as – following the active post-sanction de-dollarisation of 2018 – the share of the dollar there is already low, at around 20% vs a stable 60% globally. It's worth noting that the share of dollar in global SWIFT transactions has remained relatively unchanged at around 40% in recent years, highlighting the dollar’s stable footing at the international level, so far.

The area most challenging to de-dollarisation in Russia is private assets, as there has been no inclination to decrease dollar among banks, non-financial corporates and households. It seems the Russian private sector continues to trust the dollar and is willing to sacrifice yield and face sanction risk in doing so. As a result, despite the drop in oil exports, dollar trading volumes on the local FX market have even recovered in 2020. Increased trust in the local currency and the emergence of a sustainable alternative to the dollar at a global or regional level remain the pre-requisites for progress in this area. Otherwise Russian ﬁnancial stability will remain exposed to the risks related to sanctions (dollar) and the euro area banking sector stability (EUR).