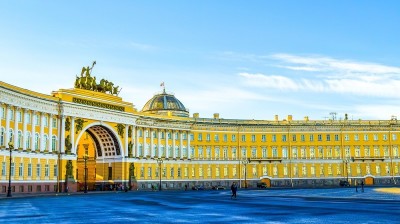 Russian state spending significantly accelerated in January, fulfilling the unusually high proportion of annual spending plan for that month. This shows that the government is capable of even more intra-year spending and of catching up on the spending backlog accumulated from previous years - both being positive for economic activity this year

According to preliminary data from the Finance Ministry, the Russian federal budget was in RUB160bn deficit, vs. consensus of RUB200bn and our below-consensus expectations of a RUB120bn surplus.

At the same time, we do not take the budget report as negative for the following reasons: Non-oil revenue growth remained strong at 17% year on year (vs. 18% in 2019), in line with expectations. We note that most of the key transparent non-oil revenue items, such as profit tax, VAT, and imports duties, posted a y/y decline, and the positive result was brought by other less transparent components, which will hopefully be disclosed later. However, the first month of the year may not be fully indicative of the full-year trend for seasonal reasons.

Expenditure growth accelerated strongly to 53% y/y from the low base of January 2019. In terms of spending breakdown, acceleration took place across the board, with spending on hard infrastructure and industrial support (National Economy), regional transfers to education, and communal housing maintenance leading in terms of growth rate. As a result, the Russian government fulfilled 8.8% of the annual spending plan in January 2020, which is much higher than the 6.1% in January 2019 and is the highest share since 2015.

We take the January budget data as a sign of a potentially more even distribution of spending throughout the year and as confirmation of our view that the recent government reshuffle has raised the likelihood of higher overall budget support to the economy this year, with spending on hard infrastructure, human capital and social support being the key focus.

Given the pace of spending at the beginning of the year we do not exclude that some portion of the RUB1.1 trillion (1% of GDP) spending backlog accumulated from the previous years will be added (up to 50% of it, in our view) to this year's budget spending plan. The updated budget draft was supposed to be submitted on 11 February, meaning the public release may take place very soon.

An additional implication of the January spending splurge is that the January activity data to be released next week may surprise on the upside, especially on the producer side. Meanwhile, later into the year some negative effects from the coronavirus outbreak may start to kick in as well.

Faster budget spending also means less downward pressure on CPI, which seems to have stabilized at 2.4% y/y in the first half of February, based on preliminary weekly data. At the same time, given the recent dovish shift in the Bank of Russia's stance and the potential reduction of pressure on RUB thanks to the design of the Sberbank ownership transfer, we continue to see scope for a further reduction in the key rate in 1-2Q20.

Uranium: what the explosion in prices means for the nuclear industry
2 hours ago
Perspectives | Will international law help resolve the Karabakh conflict?
3 days ago
ING: ECB’s push for net-zero carbon will grow ESG credit
4 days ago
COMMENT: Risk premiums in Central Europe during the COVID era do surprisingly well
5 days ago
ING: Romania economy cooling, looking for new drivers
5 days ago