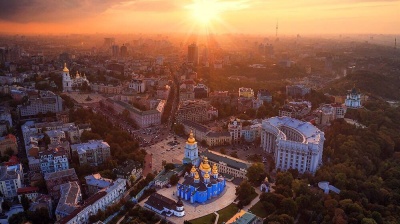 The World Bank has released a $350mn tranche from its Development Policy Loan programme, which is less than the $1bn that was previous discussed
By bne IntelliNews June 28, 2020

Backsliding on reforms and rising political instability within Zelenskiy's administration have led Ukraine’s international donors to pare back their financial support until the government better demonstrates its commitment to the reform agenda.

The World Bank’s Board of Executive Directors approved a $350mn First Economic Recovery Development Policy Loan (DPL) on June 26 for Ukraine “in support of reforms that are critical to economic recovery and to help mitigate the impact of the COVID-19 pandemic,” the multinational lender said in a statement.

However, that sum is considerably less than the $1bn that was initially pencilled in as support.

Ukraine’s biggest donor, the International Monetary Fund (IMF), has also scaled back its support of the country this year. Following President Volodymyr Zelenskiy's election last April and the subsequent landslide victory of his Servant of the People (SOTP) party in the summer, the government was initially hoping to sign off on a three-year $5.5bn extended fund facility (EFF). However, foot dragging by the administration and the aggressive assault on the state-owned PrivatBank by its former owner oligarch Ihor Kolomoisky have led the IMF to scale back its co-operation to an 18-month standby agreement (SBA) worth $5bn that was finally signed on June 9 that also comes with less strings attached.

"The new programme aims to help Ukraine to cope with COVID-19 pandemic challenges by providing balance of payments and budget support, while safeguarding achievements to date and advancing a small set of key structural reforms, to ensure that Ukraine is well poised to return to growth when the crisis ends," the IMF said in a statement on June 9. The IMF immediately wired $2.1bn to Ukraine and the rest will be phased over four reviews.

With some $17bn in debt obligations to repay this year and only $28bn in reserves, plus an economic crisis caused by the coronavirus (COVID-19) pandemic, the government is entirely dependent on international financial institution (IFI) funding this year.

The EU has been a little less reticent, and wired $500mn in June as part of its macro-stabilisation aid to Ukraine.

"The first tranche together with the related financial assistance from the EU has already increased international reserves to $28.7bn," the governor of the National Bank of Ukraine (NBU), Yakiv Smolii, said on June 10.

Donors have been cooling on Ukraine after a series of upsets. The first was the difficulty of getting the so-called anti-Kolomoisky banking law through the Verkhovna Rada, which was a pre-requisite for the IMF deal. Kolomoisky used his proxies in the Rada to try to block the bill, but Zelenskiy ultimately personally intervened to push the legistation through.

However, Kolomoisky continues to interfere and is orchestrating an attack on the NBU independence that has the IMF worried, as bne IntelliNews reported in a comment “Here’s the money, but we don’t trust you.” The IMF went out of its way to explicitly say in its memo announcing the conclusion of the SBA deal that the independence of the NBU remains a key element of any co-operation with Kyiv.

The World Bank also spelt out its terms in its announcement of the release of the $350mn tranche.

“The key reforms supported by the DPL include: (i) strengthening land and credit markets by creating a transparent and efficient market for agricultural land and resolving non-performing loans in state owned banks; (ii) fostering de-monopolisation and anti-corruption institutions including by restructuring the gas sector; and (iii) bolstering the social safety net for the vulnerable elderly population to cushion the impact of the COVID-19 pandemic,” the World Bank said in its memo.

“The COVID-19 pandemic is resulting in a sharp economic downturn that is hurting the incomes of ordinary Ukrainians and small businesses, and straining the government’s budget,” said Arup Banerji, incoming World Bank Country Director for Belarus, Moldova and Ukraine. “This development policy loan provides $350mn to support budget expenditures at a difficult time. The World Bank welcomes the Government’s commitment to these reforms to prepare the economy for recovery, including the significant steps taken to end the moratorium on agricultural land sales, and to bolster benefits for the vulnerable elderly population.”

Although Zelenskiy has made real progress in implementing some reforms, the donors are clearly worried that domestic politics is overtaking the reform agenda. The donors were unsettled when Zelenskiy shook up the government with a major reshuffle on March 3 that included the sacking of the technocratic Ukrainian Prime Minister Oleksiy Honcharuk and many of the key reformers.

At the same time, more recently Zelenskiy has moved to tighten his control over the law enforcement services. Specifically, he has kept the controversial interior minister, Aren Avakov, in place despite mounting calls for his dismissal. As the longest-serving minister in the government, Avakov has built an empire that controls several branches of law enforcement, making him probably the second most powerful politician in the country.

Zelenskiy also sacked the well-respected Ruslan Riaboshapka as general prosecutor and replaced him with Iryna Venediktova, who is widely seen as loyal to Zelenskiy. Amongst her first moves was to launch an abuse of office investigation into former president Petro Poroshenko that is widely seen as politically motivated.

In the midst of these power games, the IFIs fear that the focus on pushing ahead with rebuilding the country will get lost.

The World Bank listed the tasks that remain on Kyiv’s to-do list:

“Ukraine has taken a historic first step towards establishing a transparent and efficient market for agricultural land and unlocking investment in agriculture with the approval of the land turnover law supported by this development policy loan,” said Faruk Khan, World Bank Lead Economist for Belarus, Moldova and Ukraine. “To ensure that the land market will be transparent and efficient, it will be important to approve and implement additional legislation to strengthen land management, streamline land transfer procedures, enhance access to finance for small farmers and widen participation in the market.”

The release of the first DPL is the first of two planned operations, with the second DPL anticipated to support the additional important land reform legislation and further strengthen pension benefits for the elderly population, the World Bank said.

The development policy loan is part of the World Bank’s stepped-up support to Ukraine to address the impacts of COVID-19 and complements the approval of additional financing of $135mn for the Serving People, Improving Health Project and $150mn for the Social Safety Nets Modernisation Project. Additional support to directly cushion the most vulnerable section of the population from the impact of the pandemic is also in preparation, the World Bank said in its memo.

The World Bank is a major development partner of Ukraine. Since Ukraine joined the World Bank in 1992, the Bank’s commitments to the country have totalled about $14bn in more than 80 projects and programmes.

COMMENT: Five reasons why Zelenskiy is failing in Ukraine: Zelenskiy faces a political future that is no laughing matter

COMMENT: Smolii’s Resignation and the soft coup underway in Ukraine
COMMENT: Five reasons why Zelenskiy is failing in Ukraine: Zelenskiy faces a political future that is no laughing matter
Profits of Ukraine’s banks still ahead of last year, but first signs of crisis impact visible

Serbia’s president claims foreign intelligence influence in anti-government protests
11 minutes ago
Famous ex-defence reporter arrested, accused of treason
16 hours ago
Turkmen President Gurbanguly Berdimuhamedov takes a holiday as WHO mission finally arrives in Ashgabat
16 hours ago
Violent clashes with police at thousands-strong anti-lockdown protest in Belgrade
23 hours ago
Belarus presidential election to have no outside observers, opposition may united by a single candidate
1 day ago