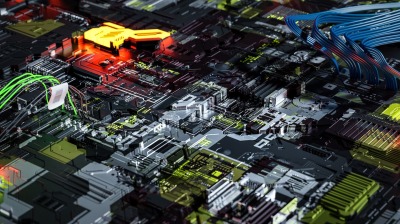 Serbian startups attracted over $135mn of investments in 2021 – more than six times as much as in the previous year, Minister without Portfolio Nenad Popovic said on June 21, according to a government statement.

Serbia is increasingly becoming a hub for IT and tech investment thanks to its tech talent and relatively low costs compared to Western and Central Europe. There are a growing number of local startups, and the country is particularly strong in the fields of blockchain and game development.

According to Popovic, the sector generated more than $1.7bn in export revenues.

The gaming segment alone employs more than 2,200 people, and in 2021 it generated approximately €200mn in revenue, the minister said.

He added that Serbia “has become a top destination for the development of blockchain-based products.” Among the deals in the blockchain segment was an investment of $58.6mn in blockchain development platform Tenderli.

Popovic attributed the development of Serbia’s innovation ecosystem to the “extraordinary work of our engineers, innovators, technical faculties, private initiatives such as Digital Serbia, legal and strategic acts adopted by the state in the past five years and systemic measures of the government and its institutions and organisations.”

He added that Belgrade “will continue to develop the ecosystem and encourage other organisations in the country to invest more in Serbian startups in order to further strengthen Serbian technological talents”.

The government’s goal is to have 1,200 active startups in Serbia.

Business Insider: Western tech majors have tested or used controversial Russian face recognition technology
4 days ago
From 4G to 6G: How Russia seeks to develop mobile networks amid shortages of domestic frequency and foreign equipment
4 days ago
Should I stay or go for founder of Russian internet major Yandex
8 days ago
EVs in Uzbekistan bring problems and prospects
11 days ago
Poland-based Deepflare bags €1.5mn to fast-track mRNA vaccine development with AI
13 days ago