Iran claims victory over unrest, so why’s it not making good on promise to reconnect internet? 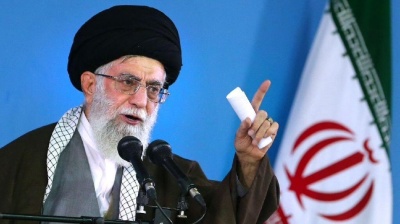 Many protesting at the internet blackout have been angered that Ayatollah Khamenei continues to tweet away on Twitter.
By bne IntelliNews November 21, 2019

Iran has claimed victory over the unrest that began sweeping the country just prior to last weekend—but it’s yet to explain why, if that’s the reality, it is yet to switch the internet back on as promised.

November 21 saw Iranian President Hassan Rouhani declare to a government meeting in Tehran that the Islamic Republic had proved "victorious in yet another test". He added that "despite the country's economic problems and existing grievances," Iran had demonstrated it "would never allow the balance to tilt in favour of the enemy," according to state broadcaster Press TV.

Rouhani has suggested that by far most of the protesters were not Iranians but anti-government forces "pre-planned by the reactionary regional regimes, the Zionists, and the Americans" and intent on sowing anarchy. Iran's Supreme Leader Ayatollah Ali Khamenei, the clerical ruler who is the country’s top political authority, has remarked that the protests were related to security issues, rather than a movement by the Iranian people. “Both friends and foes should know that we have repelled the enemy," state news agency IRNA reported.

Officials said they turned the internet off to prevent provocateurs from distributing video footage and other content designed to incite and expand the protests. However, they said the world wide web would be restored once the demonstrations had subsided, yet by the end of November 21 service had not been restored.

In further comments on whether and when Iranians will be reconnected to the internet, Mahmoud Vaezi, chief of staff to Rouhani said “Inshallah” (“God willing”), if peace returned then the web would be restored, YJC reported on November 20. 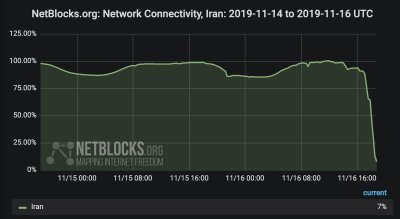 Rioters stormed banks, petrol stations and government buildings, setting many ablaze. The death toll amid the unrest was at least 106, Amnesty International said on November 20. Other speculative estimates in circulation anticipate that the final number could turn out to be a great deal higher. State media have reported that five members of the security forces died in clashes amid protests.

There are more than 47mn active social media users in Iran, a country of 82mn.

David Kaye, the UN Special Rapporteur on the Promotion and Protection of the Right to Freedom of Opinion and Expression, told CNN on November 20 that the impact of the internet shutdown made it incredibly difficult to know what civilians were presently facing in Iran. "Fundamentally, I don't think we have a very good sense of what's happening on the ground in Iran right now," Kaye said. "The reporting has been spotty at best ... We're starting to hear about the protests and the use of force against the protesters."

Kaye added, "The international community needs to be saying: keep the internet on, do not repress peaceful protest, use only proportionate means to deal with it, and and make sure that all your responses to protesters are in keeping with international human rights standards."

Violence flared after the authorities suddenly hiked petrol prices by a minimum of 50%. Under the new fuel measures, each motorist that presents their ‘petrol card’ is allowed to buy 60 litres (13 gallons) of petrol a month at 15,000 rials ($0.13) a litre. Each additional litre then costs 30,000 rials. Previously, drivers were allowed up to 250 litres at 10,000 rials per litre.

Officials said they would use the extra revenues generated on petrol sales to provide handouts to lower-income Iranians suffering amid the sanctions-led “economic attack” on the country from the US. 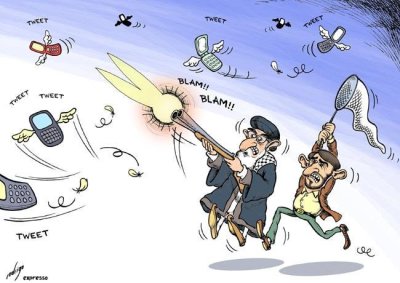 As businesses re-open their doors across Belarus, they have help from a contact-tracing app based on New Zealand’s successful coronavirus (COVID-19) Tracer app, Kontakkt Space, it was announced in a press release on June 24.