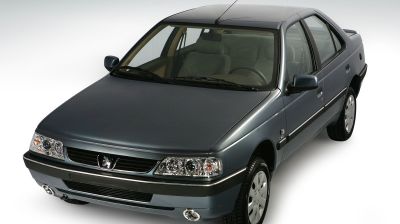 Iran Khodro (IKCO), the biggest Iranian car producer, has announced that it is set to end general production of the Peugeot 405 sedan model that it has been making for more than 30 years, ILNA reported.

IKCO produces cars including a rebadged Peugeot 405-based Pars, an Irish-designed Samand model and the Peugeot 206 and 207i, along with the Runna, based off the same platform. The company also makes the Dena and Dena+. These cars, based on the 405 platform, emerged in 2015.

Kianoush Pourmojib, IKCO vice president for research and development, said that by June 2020 the company would end production of the dated Peugeot 405 for new buyers. However, he added that orders already placed for 405s would still be met. Also, IKCO plans to produce a limited amount of the Peugeot model for drivers of Iran’s yellow taxis. Such cabbies continue to demand the 405 due to its low cost, according to Pourmojib.

The car currently retails for Iranian rial (IRR) 631.6mn (€4,980 at the free market rate). The retail price of the vehicle is some 20.63% higher than the factory price due to demand, local price website IranJib says.

Vehicles on the market such as the Samand, Pars and Runna would compensate for the disappearance of the car, Pourmojib added.

He did not mention the recently showcased Peugeot 301 model which IKCO officials lately touted as entirely locally made, with no parts sourced from France’s PSA Group since its official departure from Iran in the face of US sanctions directed at Tehran and any companies across swathes of industry that continue doing business with Iran. Initially, the 301 was destined to become an everyman vehicle of choice, but production remained stunted after the US declared what Iran calls its “economic war”.

IKCO has expanded its regional reach in recent years with joint venture deals with companies in countries including Iraq, Syria and Azerbaijan.

Cars produced by IKCO’s joint venture with Azerbaijan’s AzerMash—under the Khazar brand—are to be sold in Russia if all goes to plan. Khazar’s plant is in the Naftchala department of Azerbaijan, 168 kilometres south of Baku.

The Iranian Foreign Ministry summoned the British ambassador to Tehran to complain that some protests—that have taken amid the huge ... more

Turkey currently has 25 deportation centres, all filled to capacity with mostly Afghan refugees, and it plans to build eight more, VoA reported on August 31 in a ... more