Iran may be heartbeat away from first unicorn 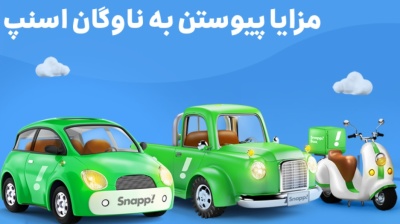 Snapp! was knocked off the road to unicorn status by US sanctions, but got back on the road and may climb the title soon, according to local reports. / Snapp! website.
By bne IntelIiNews May 24, 2022

Iran’s Information and Communications Technology News Agency (ICTNA) lately caused a stir by reporting on claims that the country would soon get its first unicorn startup.

Shahram Shahkar, administrative manager at ride-hailing app business Snapp!, was said to have claimed at the Silk Road Startup Conference on the Persian Gulf island of Kish that the company would soon hit the $1bn valuation that grants unicorn status. Snapp!, following in Uber’s footsteps, by branching beyond simply ride-hailing, was moving into hotel reservation apps and, in collaboration with Irancell, also SnappPay software. Snapp! already offers food and package delivery services in Iran, a country of 85mn.

Inventiva, in a recent assessment of the top 10 potential unicorns in Iran, noted that Snapp!, starting off as Taxi Yaab in 2014, “did not have to market taxi culture to its consumers” as “Iranians were accustomed to taking unauthorized, unofficial cabs”. However, it added: “The software fell short of including a regular Iranian commuting feature into its product: haggling.”

It was found that “customers preferred the traditional haggling method with drivers to establish their fares. So the team improved the product and relaunched it in 2015 as Snapp.”

Inventiva also reported: “Snapp switched to a ‘progressive web app’ model when Apple and Google Play deleted Iranian apps [under pressure from the US as it re-applied heavy sanctions to Iran]. Clicking on it now brings you to a page in a web browser that nearly resembles the original. While there are certain disadvantages to this format (no push notifications, limited offline presence), it has a few options. To break its dependence on Google Maps, Snapp decided to build an in-house navigation system when Google withdrew its services from Iran in late 2017.”

EWDN: How Russian game developers are hit by the shockwave of war

EWDN: How Russian game developers are hit by the shockwave of war

Among many other competitors, it will take on BluTV, the market leader in Turkey’s subscription video-on-demand (SVOD) market with a 42% share.

First goal for Agriniser will be to expand its digital marketplace to buy and sell grain into Romania.

Serbian startups attracted over $135mn of investments in 2021 – more than six times as much as in the previous year.

One country’s brain drain is another country’s gain. In the competitive business of IT outsourcing, Uzbekistan wants to wind up on the right side of that equation.

EWDN: How Russian game developers are hit by the shockwave of war
3 hours ago
Disney+ comes online in Turkey
15 hours ago
Romanian crowdfunding platform SeedBlink helps Bulgarian startup Agriniser raise funds
6 days ago
Investments into Serbian startups soared more than 600% in 2021
6 days ago
Uzbekistan’s IT sector on fire and targeting the vast US market
9 days ago