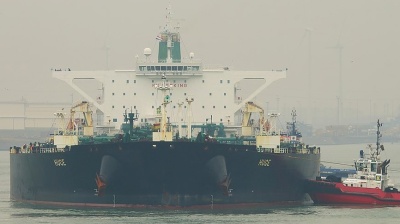 Iran has reportedly “quietly” moved record volumes of crude oil to top client China, while India’s state refineries have added Iranian oil to their annual import plans on the assumption that US sanctions on Tehran will soon ease.

Under sanctions brought in by former US president Donald Trump when he scrapped participation in the 2015 nuclear deal (formally the Joint Comprehensive Plan of Action, or JCPOA) between Iran and six major powers, the US is still officially committed to driving Iran’s oil exports to zero. Yet with hopes rising that Trump’s successor, Joe Biden, and Tehran can find a way to resolve differences that would enable a resumption of full commitment to the JCPOA—and also perhaps a growing feeling that Biden officials may have eased back on US efforts in enforcing the sanctions still in effect—Iran’s oil export officials appear to be already active in preparing the ground for a full-on revival of the country’s oil trade with China and India, formerly the second largest client in purchasing Iranian crude.

The National Iranian Oil Company (NIOC) began reaching out to customers across Asia as soon as Biden took office on January 20 to assess potential demand for its oil, Reuters sources were quoted as saying.

“They [the Iranians] spoke to us. They said, ‘We hope to resume oil supplies very soon.’ We said, 'Inshallah,' " one source at an Indian refinery was reported to have said.

India, which as a major oil importer has suffered amid a recent robust rebound in global crude prices, expected Iranian supplies to return to the market in three to four months, a government official said.

Unlike India, China never completely stopped importing oil from Iran in the wake of the Trump attempt to scupper all Iranian crude sales abroad. Various grey market manoeuvres have been used to keep up some consignments.

According to Refinitiv Oil Research, Iran has delivered about 17.8mn tonnes (306,000 b/d) of oil to China in the past 14 months, with volumes reaching record levels in January and February.

Of these, about 75% were "indirect" imports, identified as oil from Oman, the United Arab Emirates (UAE) or Malaysia, which entered China mainly through ports in the eastern province of Shandong, where most of China's private refineries are located, or through the port Yingkou in northeastern Liaoning province.

Geneva-based tanker tracker Petro-Logistics said Iranian oil loadings in January exceeded 600,000 b/d for the first time since May 2019, a sign that the end of Trump's term may be changing buyer behaviour.

China stepping up military cooperation with Tajikistan
Europe woos Central Asia as Russia’s appeal wanes
bneGREEN: Climate paralysis at COP27 as no progress made on 1.5 degrees