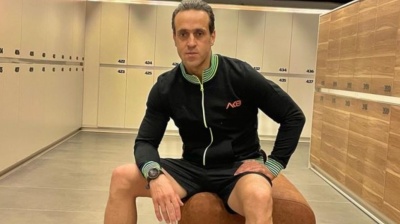 Hardline media and politicians in Iran have taken aim at a former captain of the Iranian national football team—Ali Karimi, sometimes referred to as the “Asian Maradona” or the “Magician”—for his backing of the anti-regime protests that have swept Iran.

Dubai-based Karimi has even been blamed for helping to whip up the “seditious riots”. The authorities are clearly anxious about support for the protesters expressed by Iranian celebrities and all eyes will now be on the hugely popular Iranian football squad that is preparing for the November/December 2022 Fifa World Cup football finals to be held across the Persian Gulf from Iran in Qatar. Any backing from squad members—due to play England, Wales and the US in the tournament’s first stage—for the protests would give officials a headache.

The impact of comments made by largely overseas-based Iranian celebrities and popular social media personalities at home has been curtailed by sweeping internet and social media blackouts introduced by the authorities as they mount what observers fear is an increasingly bloody crackdown in an effort at stamping out the unrest. By September 26, even official accounts talked of many dozens dead amid the mayhem across more than 80 cities and towns and at least 1,200 arrests. The Iranian judiciary, meanwhile, said special courts have been set up to try protesters, whom they claimed were "hired from abroad."

Karimi, 43, who has nearly 12mn followers on Instagram and 450,000 on Twitter, is widely regarded as one of the greatest Iranian football players of all time. In outlining his support for the protesters, he condemned the incident that set off the unrest, namely the death of 22-year-old Mahsa Amini, whom witnesses claimed was two weeks ago violently treated by Tehran morality police officers enforcing rules on the wearing of the hijab head covering. Officials have denied Amini, who fell into a coma, was beaten by the “guidance patrol” officers, suggesting she may have died from heart failure related to a pre-existing condition.

Karimi called on the army not to allow “innocent blood to be shed” in the response to the protests, tweeting: "Don't be afraid of strong women. Maybe the day will come when they are your only army."

Karimi also made a call for unity, while hitting out at the exiled opposition Mujahedin Khalq Organisation (MKO), an Albania-based group unpopular with many Iranians. MKO, he said, was simply attempting to exploit the protests for political reasons.

Tips on secure virtual private networks (VPNs) that Iranians could use to get past state internet restrictions have also been circulated by Karimi. However, with the intensified blacking out of the internet, VPNs have become far less useful.

“His justice-seeking personality along with his genius in soccer has made him a figure that has always made Iranians proud,” Heirani said.

Iran’s Fars News Agency, affiliated with the powerful Islamic Revolutionary Guard Corps (IRGC), has said Karimi should be “dealt with”. Some lawmakers have said his properties in Iran should be confiscated.

During state-organised rallies aimed at countering the protests, some participants held signs with messages attacking Karimi. One accused him of being a traitor.

“You sold your country for what? A visa for Canada?” read a handwritten sign held aloft by a young girl and the focus of domestic media coverage.

RFE/RL observed that Karimi responded by reposting the image and telling the girl that he loved her like his own daughter. He wished her and “all the girls of my land the best”.