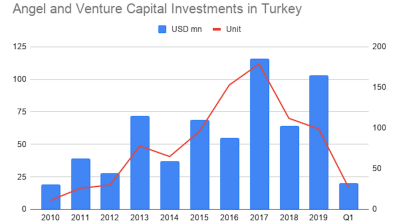 Turkey’s “native and national” car project is one of the most crackbrained ways of allocating Turkish public resources ever devised but it has provided income guarantees—given, please note, prior to the coronavirus (COVID-19) outbreak—for companies without certain ethical constraints.

A better project would be reinventing the wheel in Anatolia before embarking on the road to a “native and national” automobile, but at the end of the day, whatever the project’s contours, there are serious question marks at the moment as to whether President Recep Tayyip Erdogan will have the economic wherewithal to allocate public funds to meet the fantasies of his cultured middle-class.

For added comedy value, let’s not forget how a prototype was imported from Italy last December in order to make possible a sensational promotional ceremony to announce the “fully electric” automotive ambitions.

The talk was that the “native and national” car was to hit the highway prior to the next presidential election, but given the corona conundrum and Turkey’s economic mayhem, there’s no guessing when that will be. Don’t rule out next week, or a generation from now should the country go “full regime”.

“Inshallah, we’ll solve the engine issue too in a few years,” Erdogan said at the ceremony. 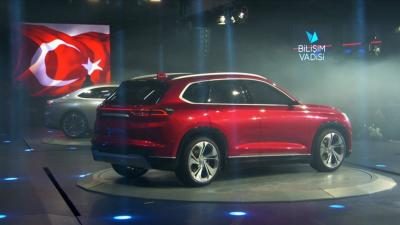 So, although the “native and national” car lacks an engine, it has an Italian body, the will, all being well, of Allah behind it, and, not long from now, a “holographic assistant” feature, if media reports that imply CY Vision is set to develop it or import it, prove free of error.

Vestel (owned by a prominent devotee of Erdogan, Ahmet Nazif Zorlu), Koc Holding’s Inventram and US-based Intel Capital also have stakes in CY. Everybody has joined the gang. An Erdogan businessman, an early Turkish Republic bourgeois, a multinational and the harbingers of hefty public finance. The only thing missing—can we stress this enough?—is an engine as Intel could provide the hologram.

In March, Revo Capital Fund II achieved a first closing with over €41mn in capital commitments, and CY was its first investment. The European Bank for Reconstruction and Development (EBRD), EIF, Enerjisa, Finberg, QNB Finansbank and Yildiz Ventures are among the participants in Revo’s second fund.

Ah, good, now we are fairly motoring away from the “native and national” car (registered with the European Union's Intellectual Property Office, or EUIPO, donchaknow).

Last month, Getir was awarded a contract to defy the coronavirus with the delivery of 300,000 Istanbul Governorship food support packages to 50,000 senior citizens. No tender, as per usual, was held and no price information was disclosed, but local media reported that Getir would finance 10,000 packages worth TRY1.5mn from its own resources.

Investments in Turkish startups remained flat at $19.8mn in the first quarter compared to $19.6mn in Q1 2019, but that was before Turkey joined the world as a fully paid-up member of the coronavirus fiasco, according to data from local startup portal Startups.Watch.

As if it needed saying, a dramatic fall is expected in the second quarter, although Turkish statisticians do tend to come up with some very curious official statistics.

In Q1 this year, $4mn was invested in seed-funding-stage start-ups while $11mn went to early-stage and $5mn to late-stage.

The top 10 fundraisers—accounting for 91% of a total $19.8mn that went to Turkish startups in the first quarter—were Apsiyon (launched in 2009, it provides an online platform for property managers and it was 240th on the Deloitte Fast 500 EMEA 2018 ranking), Thundra (launched in 2017, it offers application observability and a security platform), App Samurai (mobile advertising platform), Vispera (launched in 2014, visual intelligence for retail), Biolive, PriSync, Mutlubiev, Temizlikyolda, Jib Games and Otsimo.