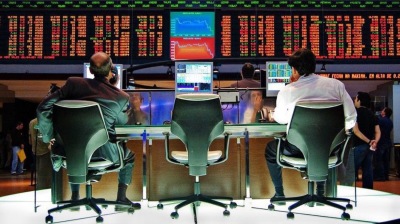 Russia’s RTS equity market index was up 22.9% on October 3, one of the best performing markets in the world
By Ben Aris in Berlin October 4, 2019

Russia’s RTS equity market index was up 22.9% on October 3, making it one of the best performing markets in the world, and the ITI Funds’ RTS Equity UCITS ETF (ticker: RUSE) was up a handsome 29.56% over the same period. But the valuations of Russian stocks are still just under half their boom year highs in the noughties despite lower risks.

Traded on the London, Moscow and Kazakh stock exchanges, as bne IntelliNews reported in “Shopping for Russian stocks with ETFs”, RUSE is one of only two ETF funds worldwide that track the Russian RTS index, which has been putting in a strong year. The other RTS tracking fund is NEXT FUNDS Russia RTS Linked ETF (ticker: 1324) that is listed in Tokyo.

But with $5.6mn assets under management (AUM) the fund remains small and despite the strong gains this year international investors remain wary of Russian shares. They could be missing a trick.

“Our analysts think Russian equities have a much stronger upside than Russian Eurobonds,” says Anna Bass, a senior director at ITI Funds. “Why do I think that? Cheaper valuations: Russian equities trade at a 40-60% discount to [emerging market] EM and [developed market] DM peers, but there is no discount on fixed income with respect to EM peers within the same BBB- rating band of Russia’s peers.”

At the same time Russian stocks continue to pay the highest dividends in the world – twice as high as Russian Eurobonds, which is unusual as bonds normally yield more than equities.

Russian equities have always had a special discount to account for the political risks, but the story has become especially fraught in recent years since sanctions were imposed in 2014.

But equity performance is improving as the economic recovery continues. Comparing to Russia’s five year credit default swaps (CDS) – a kind of insurance investors can take out against bond defaults – the CDS are currently near the 2007 level, or at 12-year lows. That means investors think that its highly unlikely Russian bonds will go bust, which is driving down their returns.

In 2007 the Russian RTS was trading at well over 2,000 vs the 1,300 it is trading at today. There is a mismatch here as the CDS pricing suggests that Russian risk is very low indeed – as low as it was at the peak of the boom years – yet the value of equities is nearly half of what it was in 2007, which suggests that equity investors think the risks are very high. Someone is wrong.

“If you step back and look at it objectively there is very little reason to under-price Russian equities at the moment,” says Bass. “We saw in 2008 after the crisis there was a fixed income rally that then turned into an equity market rally. The same thing will happen this time. It's only a matter of time in my view.”

RUSE tracks the performance of the RTS. There are 41 stocks in the fund’s portfolio, which is about twice the number of names in the two big American Russia-focused ETF funds. The VanEck Vectors Russia ETF (RSX) and iShares MSCI Russia ETF (ERUS) have $1.1bn and $653mn AUM respectively.

The biggest holdings include the usual suspects of Russian bluechips, with oil and gas names predominating in the weightings as it is the extractive industries that dominate the Russian stock market’s capitalisation.

Just under 50% of the holdings are in the energy sector with banks (14.3%) and metals and mining (16.1%) as the three main sectors represented in the portfolio. Over 85% of the stocks are large cap names with another 9.8% of mid-cap names from the younger more dynamic sectors like retail and telecoms that can supercharge the RTS performance when the market is on an upswing. However, the big names at the top of the RUSE fund are much more heavily weighted than in the US ETFs that simply invest in Russian blue chip names. RUSE has Russian national gas company Gazprom with a 17.1% weighting in its fund, which is almost twice what the VanEck Vectors fund has it weighted at, which is a reflection of the size and importance of Gazprom to both the RTS index and the Russian economy as a whole.

Whether an index tracker is the best strategy for investing into Russian equity is a different question. While oil and gas, banks and metals make up almost three quarters of RUSE holdings these have not been the best performing sectors.

Banks have done extremely well all year and as a sector stocks were up 28% as of October 3. Oil and gas has also had decent returns this year, up 23% YTD. But metals and mining have performed poorly and underperformed not only the RTS but all the other sectors. The best performing sector for most of this year has been utilities which were up 27% YTD as of October 3, while consumer stocks, a long time favourite, have also been poor performers this year after rallying strongly in the last two years.