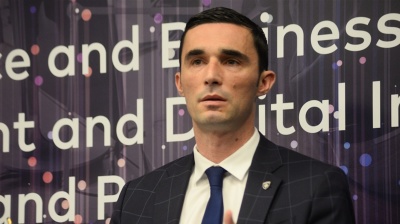 Kosovo's Minister of Trade and Industry Endrit Shala issues a new warning over violations of the CEFTA agreement.
By bne IntelliNews June 27, 2019

Kosovo has warned fellow members of the Central European Free Trade Agreement (CEFTA) that it could introduce reciprocal protective measures if they fail to remove certain trade barriers.

Kosovo's Minister of Trade and Industry Endrit Shala sent a new warning specifically to Albania and to North Macedonia over violations of the CEFTA agreement. Shala also said that measures will be introduced on any CEFTA country which breaches the agreement.

"I have warned the measures very soon that can be taken against CEFTA countries that have violated the agreement ... Soon we will take measures for fruits and vegetables, in defence of domestic production,” said Shala on June 26, according to a ministry statement.

Kosovo imposed 100% customs duties on all imported goods from two CEFTA countries, Bosnia & Herzegovina and Serbia, last November. Shala defended the measures at an event on June 26, saying there were both political and economic grounds.

"Serbia and Bosnia are fighting the existence of Kosovo and are blocking us in foreign policy, membership in international organisations. And there is no reason for the [tariffs] to be lifted, but they will continue as long as the reasons for the move are not removed,” Shala said.

He claimed there had been economic benefits of the tariffs, namely creating new jobs at local producers, but critics say they have resulted in prices of food and consumer goods being pushed up, harming low-income Kosovans.

In May, Kosovo warned Albania that — despite the friendly relations between the two countries — it could impose a 100% tax on products from Albania within two months if Tirana does not remove barriers to Kosovan exports of flour, beer and potatoes.

Although Kosovan producers' problems with Albania and North Macedonia countries have been evident for a long time, business representatives and experts think that only in the event of failure to reach any solution through CEFTA should the reciprocity measures be imposed, and they do not support a customs tax, Telegrafi reported.

Berat Rukiqi, head of the Kosovo Chamber of Commerce, was cited by Telegrafi as saying that in the absence of CEFTA mechanisms to solve problems with other member states, the only instrument remains trade reciprocity.

"With North Macedonia the problems have been with the quality control of some products. The last case was the prohibition of fish exports,” Rukiqi said.

“Regarding Albania, the number of barriers is enormous to the extent that it is almost impossible for our companies to do business with Albania. So putting mutual measures in place works better, as this is a practice in all other countries," said Rukiqi.