Kosovo to join Albania's electricity grid from next April 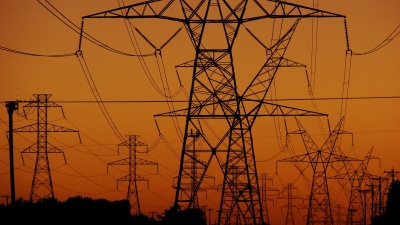 Kosovo has signed a historic deal with Tirana to join Albania’s electricity grid as of next April, transmission system operator KOSTT said on December 2.

The agreement signed between KOSTT and its Albanian peer OST is of great importance for Kosovo as the former Serbian province that unilaterally declared independence in 2008 will end its decade-long dependence on Serbia’s grid.

"Operating as a Regulatory Block consisting of two KOSTT and OST regulatory zones, it is intended to facilitate the operation of two power systems both technically and economically," KOSTT said in the statement.

This will make easier to operate and balance both systems, reduce costs and exchange system reserves.

The agreement is a prerequisite for the independent operation of KOSTT. It will enter into force in April 2020, following the signing and commencement of implementation of the new connection agreement between KOSTT and the European Network of Transmission System Operators (ENTSO-E).

The agreement is in line with the new ENTSO-E regulations aimed at promoting the co-operation of the TSOs in terms of safe operations of the energy systems and the minimisation of costs.

In a first reaction, following the deal, the director of Serbia’s Office for Kosovo Marko Djuric said on December 3 that “Serbia is the owner and builder of power grids in Kosovo and Metohija.”

Gjuric noted that Serbian state-owned power companies prevented the membership of a Kosovo’s KOSTT into ENTSO-E, accusing it of illegally using the Serbian grid in parts of Kosovo.

Gjuric also urged the international community to prevent deals that will make "energy great Albania ... before it can produce consequences for regional energy and political stability" and further dialogue between Belgrade and Pristina on normalisation of their relations.

Turkey, the EU’s sixth largest trading partner, is already considering the potential impact on its industries of the bloc’s planned Carbon Border Adjustment Mechanism (CBAM), according to the ... more

The European Bank for Reconstruction and Development (EBRD) and the Green Climate Fund (GCF) have organised a financing package of $4mn to support small private-sector firms ... more