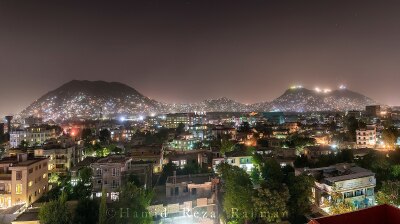 Leaders in Central Asia and Russia are alarmed at the dramatic outbreak of fighting in Afghanistan and are worried the hostilities will spill over the border.
By Ben Aris in Berlin July 6, 2021

Russian President Vladimir Putin talked with Uzbek President Shavkat Mirziyoyev and Tajik President Emomali Rahmon by phone on June 5 as the leaders become increasingly concerned with the fighting that has broken out in Afghanistan only days after the US pulled the last of its troops out of the country.

As bne IntelliNews reported, the Taliban have swept through the northern provinces of Afghanistan and have taken seven out of the 14 districts, according to reports over the weekend.

Government forces appear to have been routed and have fled over the border into neighbouring Tajikistan. Some 500 were reported to have crossed the border in the last few days, but the press centre of the Border Troops of Tajikistan’s State Committee for National Security put the estimate at over 1,000 as of June 5.

Russia is fearful of a resurgent Taliban and is afraid this will stoke ISIS and other extremists. Moscow is watching the situation closely. Russia’s Supreme Court recognised the Taliban movement as a terrorist organisation in February 2003 and banned it in Russia.

Putin conducted a fast round of telephone diplomacy with the leaders of the countries immediately adjacent to Afghanistan. He told Tajikistan’s Rahmon that Moscow would support Tajikistan to keep the peace and suggested that Russia was prepared to send military support to shore up the guarding of the border between Tajikistan and Afghanistan.

"[The two presidents] discussed in detail the complicated situation on the Tajik-Afghan border, which was triggered by an escalation of armed confrontation in Afghanistan, including in the border area," a joint statement said.

In the phone call, Putin confirmed Moscow’s readiness to "provide Tajikistan with the necessary support – both on a bilateral basis and within the framework of the Collective Security Treaty Organization (CSTO)," the statement said, as cited by Tass.

Earlier, CSTO Secretary General Stanislav Zas stated that the situation had been worsening in northern Afghanistan, which was an issue of serious concern for the organisation. Zas said that it was crucial to help Tajikistan with ensuring the security of its southern border.

Kremlin Spokesman Dmitry Peskov said on the same day that Moscow was concerned about the escalation of fighting in Afghanistan’s border regions in the wake of the US troop withdrawal. Peskov said that the Russian leadership was carefully following the situation in that country and stated that "destabilisation is taking place there."

When asked whether Russia had considered deploying an additional contingent to Tajikistan to help it defend its borders, the Kremlin spokesman said the Russian army and border guards would monitor the escalation in Afghanistan’s border regions and would make appropriate decisions.

Russia has a military base in Tajikistan and according to other reports the Kremlin has promised President Rahmon military support to shore up the porous and poorly guarded Tajik border with Afghanistan.

Mirziyoyev is also concerned, as although the fighting has been concentrated along the Tajik border, it is moving steadily towards the short Uzbek border. Tashkent has already order a tent camp to be built to house any refugees that cross over, but has expressly forbidden Afghan soldiers from attempting to cross into Uzbekistan.

Uzbekistan and Russia are not military allies and Uzbekistan has so far not joined the Russian-led Eurasia Economic Union (EEU), but the two countries enjoy friendly relations and see the Afghan crisis as a mutual security problem.

"The heads of state exchanged views on regional issues, primarily in the context of the escalation in Afghanistan. While touching upon bilateral issues, [they] expressed appreciation of the development of Russian-Uzbek relations of strategic partnership," a joint statement issued after the call said.

Since taking office in 2016 Mirziyoyev has singled out the instability in Afghanistan as the region’s major security problem and has been actively working to improve the situation. In his speech to the UN Mirziyoyev highlighted the plight of Afghanistan, which has suffered almost constant war since the Soviet invasion in the 1980 and who subsequently fought there for a decade, only to be followed by the US invasion in 2001, who then fought another two decades, only to leave on June 2.

Mirziyoyev called for a special UN body to be set up and for the international community to address the problem, but little action has been taken. The US pull-out has seriously destabilised the situation and left a power vacuum into which the Taliban have stepped. The US-backed government has been unable to respond and remains riven by local rivalries.

The US has been looking for a foothold in Central Asia from where it can keep an eye on Afghanistan but none of the five countries in the region have proved keen to host a US base.