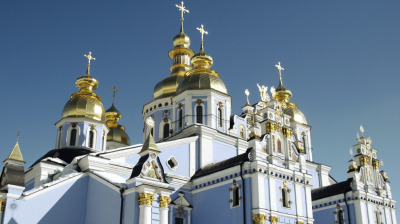 Members of Ukraine's ruling Servants of the People party have suggested changes to the local bond market that will only damage Ukraine's investment climate further
By Ben Aris in Berlin June 18, 2020

Servant of the People lawmaker Oleksandr Dubinsky has submitted a document to the Verkhovna Rada’s Finance Committee on the workings of the National Bank of Ukraine (NBU) that will undermine confidence in the booming local debt market and could do further damage to Ukraine's already battered investment image.

Foreign investors have poured into the Ukrainian Ministry of Finance hryvnia-denominated treasury bills (OVDP) ever since the local debt market was hooked up to the Clearstream international settlements and payments system last year, investing some $5bn and now accounting for a third of the outstanding bills.

However, the NBU has been under attack by oligarch Ihor Kolomoisky as he tries to regain control over PrivatBank, which was nationalised in 2016. As part of his campaign he has sought to undermine the NBU’s independence via his proxies in the Rada.

Dubinsky has worried observers by including references to a “pyramid scheme” and “default” involving the country’s OVDPs that will undermine confidence in the bond market.

According to NV business editor Ivan Verstyuk, this wording could mean big problems for the Ukrainian investment market, regardless of whether or not the document is approved, as cited by BMB in a blog emailed out to subscribers.

“The more the authorities throw around the words ‘default,’ ‘bond issues,’ and ‘OVDPs pyramid scheme,’ the less interest there will be in Ukrainian debt instruments among foreign investors,” Verstyuk cautions. “By talking about a ‘pyramid scheme’ Dubinsky and his comrades are scaring away foreign investors no less than Ihor Kolomoisky with his statements about the necessity of a default,” Pyuk said as cited by BMB.

Verstyuk believes that Dubinsky is framing Ukraine’s OVDPs as a kind of Ponzi scheme as an excuse to call for the dismissal of the National Bank’s leadership.

The bank’s management has been subject to information and physical attacks, and has cited Kolomoisky by name as being behind the attacks.

Dubinsky suggested an alternative to the OVDPs: an asset purchasing programme that has been supported by some other members of the ruling Servant of the People Party of Ukrainian President Volodymyr Zelenskiy.

“The ‘pyramid scheme’ is just ordinary nonsense on the part of a person who doesn’t really understand finances well, but thinks that he has become an expert. But to many people his idea of an asset purchasing programme, without which the National Bank’s leadership should be dismissed, looks like a very progressive financial policy,” Dubinsky explained.

Dubinsky comments could spook investors in the local bonds. Georgia, Kazakhstan and Russia have all been hooked into Clearsteam and in Russia’s case the reform has been a runaway success, giving the Kremlin access to an additional pool of some $40bn of foreign investors’ capital. Indeed, the Russian Ministry of Finance intends to double its issuance of its equivalent OFZ bonds this year to a total of RUB4 trillion ($57.4bn) to fund an expected budget deficit caused by the coronacrisis. The involvement of foreign investors in its domestic bond market – including such stalwarts as US insurance and pensions – comes with the added bonus of making the Russian local bonds impossible to sanction without causing real financial pain for US investors.

Experts have warned Verstyuk that asset purchasing programmes have not proved effective in developing economies like Ukraine’s, BMB reports.

“Instead of inventing an asset repurchasing programme at the behest of Dubinsky, it’s much safer to carry out structural reforms of the Ukrainian economy, which foreign investors will immediately notice,” Verstyuk concludes. “Should the Ukrainian economy start recovering from the coronavirus [COVID-19] crisis faster than the economies of Turkey, Slovakia or Romania, investors will invest in Ukrainian assets.”

That assumption is a big leap of faith. Of course if deep structural reforms are put in place and Ukraine starts booming investors will come; Ukraine remains by far the best potential investment story in the Former Soviet Union (FSU) space. But despite the euphoria that surrounded the election of non-establishment figure President Zelenskiy last April, Ukraine has failed to deliver on its promise of change.

While many significant reforms have been put in place – and the NBU’s transformation of the banking sector is an outstanding example – the economy has failed to reach critical mass.

As bne IntelliNews reported, there has been foreign investment in some sectors: most noticeably the big multinational retailers such as Metro and IKEA have begun to move in to claim their market share. However, these kinds of investment are usually the front-runners to a pick-up in foreign direct investment (FDI), as these companies have deep pockets and plan over the very long term.

The lighter-weight FDI by companies arriving simply because it is more profitable to operate in Ukraine has yet to take place. FDI last year reached a total of just over $3bn, with $1.2bn of that arriving in the last quarter of 2019 alone – a woefully inadequate sum. And the bulk of the real FDI into Ukraine in the last year has gone to the renewables energy sector.

As bne IntelliNews reported, the government has undermined the investment case in that sector by threatening to cut tariffs under the green energy deal that has been in place since 2007 and do it retroactively. A compromise was reached with most of the green energy producers last week, but no one is happy with the result. Green energy investors are pretty much the only serious FDI that Ukraine has attracted in the last two years: investors have poured a little less than $5bn into the sector, but typically for the Ukrainian government, its machinations are working to undermine confidence in the one sector where the country has successfully attracted foreign capital. Likewise, even the big international retailers are now pulling back: IKEA suspended its Ukraine operations only weeks after its launch in May, citing the collapse in demand caused by the pandemic.

By contrast, the weak and war-ravaged Ukrainian economy is looking at the prospect of a 4% contraction this year before bouncing back by the same amount or more in 2021.

However, Ukraine is starting from a lower base and more important than its GDP growth result is the investment climate, which remains dogged by political instability.

As bne IntelliNews reported in its cover story last month “Growers”, there is a raft of countries that Ukraine is competing with to attract FDI, and they have much better and much more stable investment climates than Ukraine, even if their potential GDP upside in the next 24 months is less.

The irony is Ukraine’s government is undermining its own appeal with exactly the kind of comments and arguments that Dubinsky is making in these statements: the very fact that he is making these arguments for change kill their chances of working.

KYIV BLOG: Zelenskiy goes to Washington but comes back with little of what he wanted

KYIV BLOG: Zelenskiy goes to Washington but comes back with little of what he wanted
KYIV BLOG: Ukraine in May
KYIV BLOG: Blinken in Kyiv