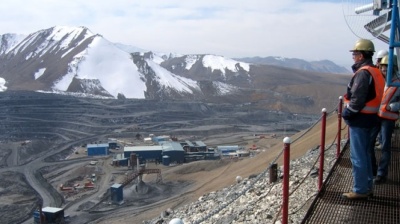 The Japarov administration has wasted no time in turning the screws on the operator of Kumtor gold mine, which accounts for 5-7% of Kyrgyz GDP.
By Kanat Shaku in Almaty May 10, 2021

Kyrgyzstan has hit the Canadian company that mines its flagship Kumtor gold mine with a KGS261.7bn ($3.1bn) fine and the announcement of a law that allows the government to temporarily take over its operations, exacerbating fears that the administration of the country’s new president—the populist Sadyr Japarov—could spell trouble for foreign investors.

The fine, meted out by a district court on May 8, was imposed on Kumtor Gold Company, the operator of Kumtor mine, after it ruled that the miner, owned by Canada’s Toronto-listed Centerra Gold, had violated environmental laws. A day previously, the Kyrgyz parliament passed a law granting the government the ability to establish interim control over Kumtor Gold if its activities are deemed to pose a danger to the environment or human lives.

It is in fact not uncommon for new Kyrgyz governments to harass Kumtor's operator, while ignoring any agreements reached by the previous regime. However, Japarov has history with Kumtor Gold. He partly rose to prominence by campaigning for the nationalisation of the gold mine and for the creation of a special committee to observe Kumtor’s activities. In 2017, he was imprisoned for allegedly taking part in an attempt to kidnap a regional official in relation to protests against Kumtor. Japarov was busted out of prison during Kyrgyzstan’s political turmoil last year, prior to running a successful campaign to become president. Japarov replaced toppled ex-president Sooranbai Jeenbekov. It was under Jeenbekov in 2019 that Centerra finalised a deal resolving issues including environmental and profit sharing disputes.

As part of the settlement, Centerra agreed to provide a one-time $50mn payment to a new Kyrgyz state-run nature development fund as well as annual payments of $2.7mn conditional on the government continuing to comply with its obligations under the agreement. It was also to pay $7mn to a cancer care support fund and another $3mn within 12 months of Kumtor’s closure in the future. The company was also to boost its payments to Kumtor’s reclamation fund to $6mn annually, until it covered an estimated reclamation cost of a minimum $69mn.

In the just concluded court case, Kumtor Gold was found guilty of breaching environmental laws by placing waste rock on glaciers. The company has described the charges as “entirely meritless”.

Centerra Gold shares plunged on May 7 after the passing of the law on state takeovers of companies. The miner warned that the legislation could be used to target its ownership of Kumtor mine.

Kumtor mine is Kyrgyzstan’s single largest contributor to GDP. It accounts for approximately 5-7% of national output. The mine enterprise also amounts to Kyrgyzstan's largest employer and taxpayer.

In March, the Kyrgyz Republic State Tax Service imposed tax claims on Kumtor Gold. The claims include: a claim for nearly $106mn related to withholding taxes on dividends paid to its direct parent company, Centerra, during 2016-2017; and a claim for $17mn tied to payroll deductions not withheld by Kumtor Gold on certain national employee compensation during the years 2016 and 2017.

Centerra responded to the tax service by noting that the claims were initially raised by tax officials in 2018 but were subsequently withdrawn or terminated pursuant to decisions of the tax service in March 2018. The Canadian firm also said that the tax service annulled the previous decision in order to revive the claims.

Centerra further noted that the tax service has made another claim against Kumtor Gold for approximately $23mn in relation to payments to the Kyrgyz Republic Social Fund during 2011-2017. The claim, however, is in direct contradiction to the conclusions of the tax service in previous years, Centerra said.

Centerra mentioned that the 2009 restated project agreements that govern Kumtor mine contain a specific tax and fiscal regime applicable to the mine. According to that tax and fiscal regime, no taxes are payable by Kumtor Gold on intercompany transactions with Centerra, including dividends.

The company concluded that it believed the latest claims were exaggerated or without merit. Centerra said it was continuing to study the claims.

The need to refocus the Georgian opposition around both the UNM and – perhaps more importantly – himself, seems to have played a major role in Saakashvili’s return.

Andrej Babis says he would reject a potential offer from President Milos Zeman to form the new government.

Conservative mayor defeats DK's Dobrev in primary run-off with 57% of the vote.

Tashkent holds firmly to ‘No’ but Putin underlines difficulty of Afghanistan situation by saying intelligence indicates 2,000 Islamic State members may be present in north of country alone.

Saakashvili’s return: more shrewd than it seemed?
2 hours ago
Czech PM to allow opposition coalitions to form new government
10 hours ago
Hungarian opposition voters pick Marki-Zay to challenge Orban in 2022 elections
10 hours ago
Efforts to deploy US counterterrorism forces in Uzbekistan may not be over
2 days ago
Turkmen petrochemical plants ‘channelling exports via obscure UK firms tied to president’s nephews’
3 days ago