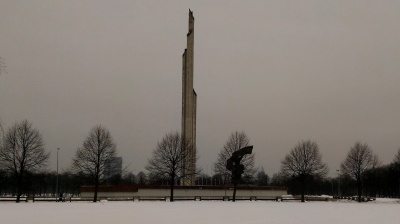 Latvia goes to vote this weekend in an election dominated by the cost of living crisis and Russia’s invasion of Ukraine. Opinion polls indicate a low turnout and a highly fractured parliament, with up to 11 parties represented, requiring a government made up of up to five of them to form a majority.

Nevertheless, analysts predict the New Unity Party of centre-right Prime Minister Krisjanis Karins – the only Latvian premier since the restablishment of independence to survive a full four-year term – is likely to be in a strong position to form a new administration. It could even be based on the same coalition with the National Alliance, the New Conservative Party, and Development/For!, although the last two are hovering close to the 5% threshold.

Iveta Reinholde, an associate professor at the Department of Political Sciences of the University of Latvia, says that the parties in power will “certainly” gain seats in the new parliament. “I’d put the probability at 90 percent,” she told bne IntelliNews.

Ramona Petravica, a Latvian MP and former welfare minister in Karins’s government, told bne IntelliNews that the ruling parties, particularly New Unity, have a clear edge over the others because of the government’s hardline stance on Russia’s war against Ukraine.

The government has consistently pushed for the toughest sanctions against the Kremlin and has barred ordinary Russians from entering the country, even if they have Schengen visas. The government has also used the war to pull down Soviet-era monuments across the country that the Latvian right have long wished to remove.

“The Latvian public is kept in the dark about domestic problems e.g., the economic crisis, by using the war in Ukraine as a comparison to show the peace in Latvia,” Petravica says. “The ruling parties see themselves as uniquely the ones able to deliver peace and stability in the country.”

Karlis Bukovskis, deputy director of the Latvian Institute of International Affairs and Assistant Professor at Riga Stradins University, told bne IntelliNews that the prime minister and his New Unity are seeing a “significant boost” from the war. He says, however, that domestic issues, such as record-high inflation and exorbitant energy prices, will be “equally important” to many Latvian voters.

“Issues regarding economic prosperity are of utmost importance to most Latvian voters, as the public is notably worried about the soaring electricity and heating bills in autumn, as well as the general economic instability,” says Petravica.

The government has subsidised the tariffs of poorer Latvians and given them direct financial help to pay their energy bills.

Ordinary Latvians approached by bne IntellIiNews insisted that the cost of living crisis was the most important things on their mind.

“Who cares and who ever cared about the Soviet monuments? Ninety percent of the Latvians are very burdened by only one thing – the prices. Some just feel cornered by them. It is the excruciating cost of living that is on the lips of everyone here – regardless of nationality, origin, political sympathies and so on,” says Karina, a state employee.

Inflation was a staggering 21.5% in August and is expected to remain high until the end of the year, when the country is set to enter recession.

An array of parties

An array of Latvian political parties – at least eight of them – currently have a realistic chance of passing the 5% threshold to win seats in the next Saeima, Latvia's parliament, according to the latest polling data from the SKDS pollster released last weekend.

“It seems that the new Saeima will consist of a slew of political parties. I am sure no party can expect more than 15 mandates in the new parliament,” Bukovskis said. The Saiema has 100 seats.

The Jauna Vienotiba (New Unity, JV) of PM Krisjanis Karins maintains its leading position with 13.3%, up by 5 percentage points from August 31.

The opposition Greens and Farmers Union (ZZS) came second with 7.8 %, but the party is likely to be shunned because of its domination by the former mayor of the port of Ventspils, Aivars Lembergs – an oligarch jailed for five years for corruption and sanctioned by the United States.

Third place is held by the governing right-wing National Alliance (NA) on 7.3%, which is a 0.2pp drop from the August 31 poll. The two other governing parties, For Development/For! (A/P!) and the New Conservatives are both below the 5% threshold.

Karins might therefore have to draw on some of the smaller or new parties, such as the Progressives (P) and the relatively little-known United List (AS), encompassing various smaller parties, which are also close to the threshold.

Support for Harmony (S), a centre-left party that is traditionally favoured by the local Russian voters, appears to have collapsed because of the Ukraine war. Since the re-establishment of independence the centre-right ethnic Latvian parties have often had to group together to exclude Harmony from power, but its support now is just 5.1%.

“To me, one of the main questions to be answered by the elections is how Harmony, the traditional party of the Russian-speaking population in Latvia, will perform. It seems it has lost much of its support. I do not think it can count much on anger of the Russian voters on the taking down of the Soviet-era monuments in Latvia. For many, over time, they’ve become symbols of oppression, glorifying the Soviet era and an imperial Russia,” says Bukovskis.

“If they did, they would be shut down on the accusation of support of Russia. Under the shield of the war, the [Latvian] government has swept everything under the rug and eggs on animosity against the Russian-speaking Latvians, all Russians and everything what is Russian,” he said.

The pensioner complained “he cannot get it” why the Maskavas Nams (the Russian House), a popular hang-out spot of the local Russian-speaking community in central Riga, was closed after the outbreak of the war.

Nils Ushakovs, former chairman of Harmony, refused to take bne IntelliNews questions, saying that now is not “right time” for that.

Petravica admits that, unfortunately, cases of Russophobia can be seen amid the war.

“During meetings with people living in the proximity of the border with Russia, I was met with understandable resentment stemming from them being called the grandchildren of occupants, regardless of them being Latvian patriots and even serving in the national land guard, just because they primarily speak Russian. There exist stereotypes and thus hate against Russian speakers. It would be an exaggeration to say Russophobia is prevalent; nevertheless, some manifestations of it can undoubtably be seen,” the lawmaker said.

Many Latvians have still not made up their mind, amid widespread apathy. 10.4% of those surveyed said they had no intention of voting at all and 23.7% said they remained undecided.

“A prominent trend seems to be general reluctance for potential voters to vote. They are disappointed in the government and tired of its promises. Anger and resentment about mandatory vaccination, economic instability and the government’s incapability to deal with it are just few of the most common ones. It is important to mention the ruling coalition parties’ use of national television and other means of mass media to deliver their hidden campaigns, although opposition parties are banned from doing so,” concluded Petravica.