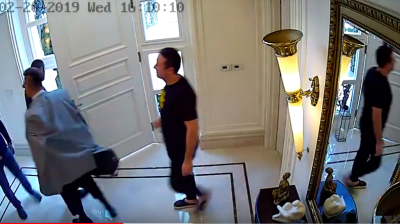 A new audio recording related to a high profile extortion case in North Macedonia showed that the country’s chief special prosecutor might be seriously implicated in the scandal.

The revelations threaten to undermine the Special Prosecutor’s Office (SPO), tasked to probe high level crime, at a time when North Macedonia is pursuing crucial justice reforms as it seeks to secure the go-ahead for EU accession talks.

The scandal erupted last month, when the country’s authorities seized the mobile phone of chief special prosecutor Katica Janeva due to her alleged links with two people who were detained on July 15 after being accused of extorting money from a businessman and one of the richest people in North Macedonia, Orce Kamcev.

The same day Janeva filed her resignation, ostensibly to open the way for political parties to reach a consensus over the future of the SPO. She was not treated as a suspect. On July 23, Janeva denied any involvement in the extortion case.

The two men who were put in 30-day detention were Bojan Jovanovski, owner of the private 1TV station, known as Boki 13, and businessman Zoran Milevski, alias Kiceec.

Prosecutors suspect Jovanovski used his influence over the prosecutor to extort money from Kamcev, who was accused in another SPO-led case dubbed Empire, promising in return that the investigation would go in his favour.

A series of footage has been released since August 7, when Italian daily La Verita published a video recording showing Jovanovski and Milevski leaving Kamcev’s home, presumably while he was under house arrest, carrying a bag of money.

This was followed by a batch of further audio recordings. They feature Jovanovski and Kamcev discussing how Kamcev would be released from house arrest, the return of his passport to allow him to travel to Turkey as well as the closure of the “Empire” case.

In one, Janeva’s voice can be heard briefly. In that recording, Jovanovski called Kamcev, passing him “regards from the women,” interpreted as a reference to Janeva.

Following that, the voice of Janeva, who was apparently with Jovanovski, can be heard, saying to Kamcev “Do not worry. Everything will be ok.”

Immediately after the recording was released, Janeva, who is currently on holiday in Greece, confirmed via a statement that it was her voice, but defended herself saying she needed to talk to the suspects in the interest of the investigation, denying that she abused her position or acted unlawfully.

In the latest audio recording released by La Verita on August 10, the name of Prime Minister Zoran Zaev was mentioned for the first time. The conversation was about returning Kamcev’s passport.

In that recording Jovanovski told Kamcev that he had met Zaev. Kamcev in his turn, said he thought Zaev wouldn’t make any problems.

Zaev reacted following the recording through a Facebook post rejecting any involvement in the scandal. Zaev vehemently denied he had any communication with Jovanovski in relation to what was happening in the extortion case.

The PM also urged the court authorities to conduct a thorough investigation into the case.

The Public Prosecution Office said they did not know how La Verita obtained the recordings, which were kept as evidence in the case.

The governing Social Democrats are accusing the opposition of being behind the leak of the recordings by La Verita to obstruct North Macedonia’s EU integration process.

Jovanovski and Milevski are currently in detention in Skopje jail, accused of accepting a reward for unlawful influence. The prime suspect, Jovanovski, is also accused of money laundering.

The SPO was set up in 2015 to probe crime and corruption revealed by a series of illegally made recordings made public by Zaev, then the country’s main opposition leader. The SPO acted as a separate body apart from the Public Prosecution Office.

The wiretapping scandal brought down the government led by the conservative VMRO-DPMNE in 2017 following more than a year of mass protests and political unrest culminating in the storming of the parliament by nationalist protesters linked to the ruling party.

The opposition VMRO-DPMNE reiterated calls for snap general election following the latest scandal and is seeking detention for Janeva.

The scandal erupted at a time when the country, which recently changed its name to North Macedonia to solve the name dispute with Greece, is expecting to be invited to launch EU accession talks in October this year.

The implementation of justice reforms, including the pending adoption of the new law on prosecution, which will define the role of the SPO within the Public Prosecution Office, is of crucial importance for the country before EU sets a date for membership talks.

President Ilir Meta has called on all Albanians to join mass protests against the government in March, signalling a return to the unrest that marked the first half of last year.

Case is mysterious. Judiciary has spoken of surveys of cheetahs used as pretext for espionage. Reports of military officials saying cameras were planted to pinpoint missile test areas have circulated. UN has condemned Tehran’s actions in affair.

Inflow of Russian retail investors to MOEX could be misleading

Hundreds of thousands of Russians have opened individual retail accounts with Moscow Exchange (MOEX) to buy and sell shares, but most of the accounts are empty and inactive

After surprise verdict, pundits consider whether under-pressure Erdogan might want to see businessman and philanthropist free as a sop to the West.