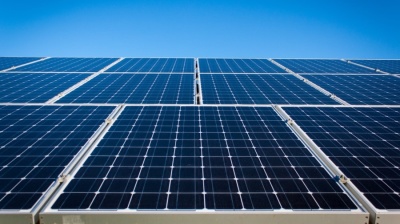 Ignitis, a Lithuanian energy group formerly known as Lietuvos Energija, is set to invest up to €950mn in increasing its green energy capacities in the Baltic countries and Poland by the year 2023.

A strategy document of Ignitis Group calls for an increase in green energy capacity from the present 1.1 GWh to 1.6-1.8 GWh by 2023, Ignitis announced on July 28.

According to the updated long-term strategy, the company will raise its generating capacity based on renewable energy resources to 4 GWh by 2030.

The investments will be made in wind, solar, hydro, waste and biomass powered plants and other green energy solutions in Estonia, Latvia, Lithuania and Poland.

The new Ignitis strategy also calls for achieving carbon neutrality by 2050, which is consistent with the goals set by the UN.

As reported by bne IntelliNews, Lithuania's state-run energy group Ignitis Group said on July 22 it is ready invest €80mn in a wind farm in the northwestern Lithuanian district of Mazeikiai.

Earlier this year the European Investment Bank (EIB) agreed to lend around €60mn for Ignitis’s other wind project in Poland, which includes construction and operation of a medium-sized onshore wind farm, consisting of 29 turbines, with a total installed capacity of 94 MW.

Ignitis Group currently owns four operating wind farms with a total capacity of 58 MW, with another 18 MW farm operating in Estonia. The planned capacity of the group's Pomeranian wind farm under construction in Poland totals about 94 MW. The facility is expected to start commercial operations next year.

Dominykas Tuckus, board member and head of business development at Ignitis Group, has said that sustainable development through the implementation of renewable energy projects not only in Lithuania but also abroad is top priority for Ignitis Grupe in its Strategy 2030.

In the year’s first quarter, adjusted profit before the interest, taxes, depreciation and amortisation (adjusted Ebitda) of Ignitis Group, increased 8.8%, year-on-year, and totalled €85.1mn. The result was mainly affected by continued investments in distribution networks and efficient use of Kruonis PSHP.