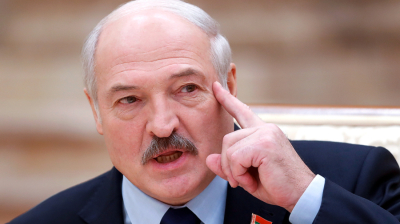 "In the government and, specifically, the foreign ministry, everyone is sitting and waiting for the president's order," he was quoted as saying by BelTA. "What kind of attitude to the country is that? BBC, Radio Free Liberty and so on, as well as streams… I'm not even talking about bias; they are calling for mass unrest. Why do you tolerate this? You have accredited them here."

According to Lukashenko, state agencies should not "wait for the end of the presidential campaign."

"Expel them if they don't comply with our laws and call people to 'Maidans'," he concluded.

Over the last few weeks, Belarusians have several times taken to the streets, protesting against incumbent President Lukashenko, who intends to be elected for his sixth term at a presidential election scheduled for August 9. Hundreds of protesters have been arrested, and dozens of journalists covering the protests have been detained.

On July 21, more than 200 Belarusian journalists and bloggers sent an address to authorities, law enforcers and the public to stop the persecution of journalists covering protests rallies.

Romania officially becomes an emerging market
10 hours ago
Hackers release another 1,000 Belarusian police officers' names after OMON again ratchets up violence at weekend rallies
10 hours ago
Cargolux launches Shenzhen-Budapest cargo flights
10 hours ago
US flips Security Council the bird on Iran
1 day ago
Skopje tries to fix row with Bulgaria over revolutionary hero that could derail EU bid
2 days ago