MACRO ADVISORY: Is Putin moving towards a ceasefire in Ukraine?

Putin's rhetoric has changed from de-nazification to security of Donbas. Is the Russian leader willing to start peace talks? / wiki
By Chris Weafer of Macro-Advisory in Moscow July 7, 2022

A lot of rhetoric last week. As expected, the Russia-Ukraine conflict dominated the headlines over the past ten days. First the EU summit promised more support for Ukraine and threatened Russia with more sanctions. The G7 Leaders summit delivered much the same, with officials committing to try to limit Russian gold exports and to consider the possibility of price capping Russian oil and gas exports. Some officials appear to believe that Moscow will continue to export even at $1 more than production costs! Another case of political wishful thinking over economic reality. The final event was the Nato Summit in Madrid with statements and actions exactly as expected.

Is there a change in Moscow’s position? There is a lot of commentary about President Putin’s comments in recent days, with suggestions that he has reduced the goals of the so-called “special- operation” and may be moving closer to a ceasefire.

What he said. President Putin said that the ultimate goal of the military operation in Ukraine is the liberation of Donbass and guarantees of security for Russia itself. It’s not worth talking about the timing of the completion of the operation, it’s wrong to push the military, he added. “The ultimate goal I have outlined is the liberation of Donbass, the protection of these people and the creation of conditions that would guarantee the security of Russia itself,” Putin said. “This [the timing of the special operation] is connected with the intensity of hostilities, and it is directly tied to possible losses, and we must first of all think about saving the lives of our guys,” he added.

This is a clear change from previous goals of de-nazification and demilitarisation. Considering that Russia now controls the LNR (Luhansk) and is grinding out gains in the DNR (Donetsk) territory the new goals are basically about security guarantees. One interpretation of this statement is that it is a message to the West that negotiations might be possible. On February 24, when Putin announced the military operation, he called its goal the "demilitarisation" and "denazification" of Ukraine, as well as the protection of the civilian population of Donbas from "genocide."

The original goal of regime change in Kyiv has long since been abandoned. In May, Russian Foreign Minister Sergei Lavrov called the purpose of the special operation to ensure the security of eastern Ukraine and Russia. He drew attention to the fact that the Russian side does not demand that power be changed in Ukraine or that President Vladimir Zelenskiy surrender.

Moscow still has clear demands for peace talks. According to Valentina Matviyenko, the speaker of the Russian Federation Council, if the West had wanted to, then “it would have long since seated Kyiv at the negotiating table” on a peaceful settlement of the conflict in Ukraine. “But the negotiations must be on realistic terms. These are the conditions that are declared for the purposes of Russia's special military operation. And under no other conditions will Russia negotiate,” Matviyenko said in an interview with the Belarusian STV channel.

The speaker also noted that Ukraine had "crossed the red line", and today "it is not Russia that is at war with Ukraine, but the collective West. Nato is at war with Russia through the hands of Ukrainians." Peskov confirms that Russia will only talk on “its terms”.

Russian presidential spokesman Dmitry Peskov accused the United States and other Western countries of opposing initiatives to resolve the conflict in Ukraine, forbidding Kyiv to “think and talk” about a peace agreement. But the time will come one day for negotiations, he said. “Sooner or later common sense will prevail. And again, the turn of negotiations will come, before which the Ukrainians will have to understand once again all our conditions. They know them very well. agree to them. Sit at the table. And just fix the document that has already been agreed in many respects,” he said. Peskov believes that Western countries are betting on the continuation of hostilities, which is why there is no previous demand for the possibilities of “pacifying the situation”.

Russia claims the withdrawal from Snake Island is a sign of goodwill. It is also worth noting that while the Ukraine view of Russia’s withdrawal from Zmeiny Island (Snake Island) is of one a military victory, Russian officials are saying this is an action to show the West that Russia no longer wants (nor can) take over Odesa and establish control of the Black Sea.

The partial exchange of prisoners was also a surprise. Separately Kremlin spokesperson Peskov said that Putin’s prime goal is to get people home safe, which is why they exchanged 144 Azov prisoners for 144 Russians last week. The 144 Azov soldiers all appeared to be badly injured and represent only a portion of the total number of Ukraine forces captured in the Azov steel plant. Russia has designated the remaining forces as Nazis and is threatening to put them on trial.

Kyiv wants a ceasefire before the winter. During his speech at the G7 summit earlier last week, President Zelenskiy said he would like the hostilities to end by the end of the year, before the start of winter, two EU diplomats told Reuters.

Ukraine no longer seeks Nato membership. Ukraine will not take steps to join Nato because the members of the alliance have rejected its aspirations, the deputy head of the Ukrainian presidential office, Ihor Zhovkva, said in an interview with the Financial Times. According to him, Kyiv's accession to the military bloc is impossible in the short term. At the same time, Zhovkva expressed hope that Nato would confirm a close partnership with the Ukrainian side.

Read the rest of the note here. 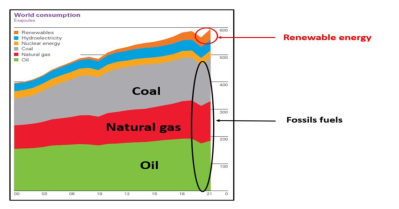