MACRO ADVISORY: Uzbekistan Terraforming: Privatization is the next stage 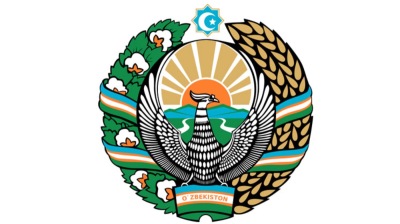 The new Uzbek president has opened the country to the rest of the world. The next stage will be privatising the economy
By Chris Weafer of Macro-Advisory  May 20, 2019

Since the election of Shavkat Mirziyoyev in December 2016, Uzbekistan has been on a fast-track programme to transform what was, for the previous 25 years, a no-go investment zone for most investors and international corporations. The president has largely delivered on promises made and the government largely remains on the course outlined. It means that confidence remains high that promised reforms will be delivered and investment opportunities will continue to be available. All that has happened so far can be described as Phase 1 of the economic building project. This phase focused primarily on:

Having now largely completed the “basics” of creating a new economy, the government needs to broaden the appeal of the country to a greater number of investors and to increase both the availability of opportunities and the mechanism for participation in assets across a broad swathe of the economy.

A good way to look at what has been achieved so far, and where this fits into the longer-term development strategy, is to look at the sequence of actions as a sort of terraforming exercise, but for the economy rather than a desert. The recently announced focus on privatizations can be considered stage 6 of the Phase 1 of the transformation exercise. The sequence we have seen so far can be broken down as such:

After 25 years of an authoritarian government, which kept many of the structures inherited from the Soviet system, President Mirziyoyev moved quickly to replace people in key positions and started the process of de-bureaucratizing the economy, e.g. changes to the tax and customs procedures. He also surprised many with changes at the top of the security services, effectively also ending the soviet-era apparatus.

At the same time, the president improved relations with neighbouring states and concluded deals that make it easier for goods, services and people to cross borders and ended the threat of conflict over the management of scarce water resources and electricity sharing.

In the first twelve months, the government completed some critical reforms in the economy, most notably the elimination of the dual-currency system and easing of capital controls.

The visa regime started to change so that, today, citizens of dozens of countries can enter visa free and the process of obtaining work visas, etc., has been greatly simplified. It is also a lot easier for Uzbek citizens to cross borders in the region that were previously closed.

Promised tax changes have now taken place as of January 1. Tax rates, e.g. for corporations, investors and individuals, have been reduced and some taxes eliminated.

Uzbekistan has been able to secure billions of dollars in grants and loans from foreign governments and the major international financial institutions, such as the World Bank, EBRD and the Asian Development Bank. This money is being used to improve critical infrastructure, fund social programmes and help support small business development.

Most of the money raised for investment over the past two years is committed to improving the economic infrastructure. A substantial amount is being invested into new and improving existing power generation, including a big focus on renewable energy projects.

Extractive industries, including the oil and gas sector, has also attracted big investment commitments. Related industries, such as chemicals, are also high on the list of early stage investment targets.

In December, Uzbekistan secured its first ever international credit rating. Although lower than the government would have liked, it was enough to allow the government issue two debut Eurobonds, raising a total of $1bn, in February. This now opens the way for more international debt issues and for big corporations to follow with their debut issues.

The bond debut is now being followed with the opening up for the local stock market to foreign investors. The first steps, i.e. allowing repatriation of sale proceeds from equities, private equity deals and from other transactions, has now taken place while further liberalization measures to make it easier for foreigners to work on the local bourse and buy local debt issues will be initiated this year.

The next important step will be the start of the privatization process. There is a list of several thousand state owned enterprises eventually to be privatized and preparations have now been completed to start the process. The ownership of state assets is now being transferred to the newly created State Asset Management Agency, an agency, which is also being beefed-up, in order to prepare the business to be sold.

Many will be sold to local investors, including to existing management. This has been seen in many other privatizations carried out in the Eurasia region. Some of the more important assets will be offered for sale to both local and foreign investors.

Some state assets are to be sold via a stock market listing on both an international bourse and the local stock exchange.

Privatization is the next major step in the effort to bring in new investors and to create sustainable growth in the economy. There have been some measures agreed and decrees signed over the past year but the major step came on March 30 when the president signed the Measures to Further Improve Mechanisms for Attracting Foreign Direct Investment into the country. Under this latest decree the government is to put up for sale, both to local and foreign investors, the following:

Banking sector, a 25% equity stake in:

Insurance sector: 25% stake in the Kafolat insurance company is to be sold

Food & Beverage: the government’s 57% stake in Coca-Cola Bottlers Uzbekistan. In addition, the government is to offer equity stakes, ranging from 51% to 71.2% in alcoholic beverage plants.

Edible Oil & Fat sector: equity in six companies are to be offered, ranging from 51% to 84.5% equity stakes

Oil & Gas: The government will sell its equity in eight oil and gas companies.

The President’s decree also instructs the government to prepare the country’s first major international investment forum, to be held in Tashkent in the autumn. The President has made clear that he wants to see as many of the assets, listed for privatization, sold or agreed to be sold, ahead of the Forum. Ideally several deals could be signed at the Forum, making it similar to the importance and functionality of the big annual government sponsored Forums in Russia (SPIEF) and Kazakhstan (Nur-Sultan).

To some extent the Tashkent Forum will be similar to the traditional autumn harvests that take place in many countries around the world, expect that this one will celebrate the harvest yield from (expected) asset sales and the debut international bond issue from February. It will also hope to celebrate the arrival of new investors and look forward to the spring planting and the start of Phase 2 of the country’s economic transformation.

Easing of lockdowns offers hope to emerging Europe’s COVID-struck economies
LONG READ: The Growers - a handful of countries in New Europe are coping with the coronacrisis and are still expanding
COMMENT: Waking Sleeping Beauty: shaking up Uzbekistan’s banking sector