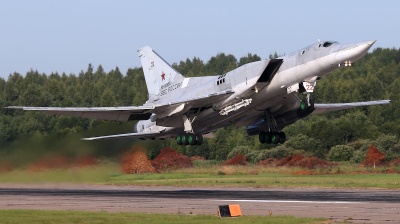 According to Ukraine’s intelligence chief directorate, “Today’s attack is linked to the Kremlin’s attempts to drag Belarus into the war with Ukraine as a direct participant.”

The attack comes as Belarusian strongman Alexander Lukashenko is meeting with Russian President Vladimir Putin in St Petersburg. Belarus has been increasing tensions with Ukraine along their shared border for several months by repeatedly conducting large-scale military drills.

While Belarus provided strong logistical support for Russia during the beginning of its invasion of Ukraine on February 24, both Ukraine and the West have feared that Belarus could also become a direct participant in the war.

Putin is believed to be pressing Lukashenko to send his army into Ukraine in order to increase the pressure on Ukraine and solve Russia’s mounting problem of a lack of manpower.

Ever since Russia began to withdraw most of its troops from Belarus in late March, Ukrainian officials have repeatedly stated that while there is a risk that Belarus might get involved in the war as an active participant, it’s still unlikely.

However, Ukrainian officials have repeatedly emphasised that there is a persistent risk of Russian missile strikes from Belarusian territory. Now this risk has not only become reality, but with the use of Russian air strikes it has gained a new dimension. Russia may now continue to swiftly enter Belarusian air space, fire rockets towards Ukraine and then return to Russian territory.

Moreover, on June 24, the Chief Directorate of Intelligence of Ukraine’s Ministry of Defence reported that Russia had sent “diversionary groups” to the Belarusian city of Mozyr, which is also a region neighbouring Ukraine.

According to the Directorate, these groups are planning to bomb apartment blocks, industries, schools and hospitals around Mozyr. Ukraine will be blamed for these bombings, and they thereby aim to create an official reason for Belarus to join the war and to create Belarusian public opinion for the war, which today is nearly non-existent.

Russia is at the same time draining Belarus of ammunition and military vehicles stored in Belarus’ military bases.

Belarusian oppositional media outlet Gayun has reported that Russian troops have begun exporting large quantities of ammunition from Belarusian artillery bases. Ukraine’s intelligence service has also noted that Belarus continues to remove armoured vehicles from storage, and these appear to be then supplied to the Russian army.

Belarus is today believed to have up to 700 tanks (mainly T-72B), 700 howitzers and 300 multiple rocket launch systems. Moreover, Belarus could be storing up to 300 armoured vehicles and 300 infantry fighting vehicles.

If Russia is importing large amounts of Belarusian military vehicles, it means that it’s losing supplies in Ukraine faster than its military-industrial complex can replenish them. Since February 24, Russia’s and Belarus’ military industries have come under crippling sanctions.

According to Russian and Belarusian official statements, the sanctions cause problems, but no major ones. However, Russia’s importing of Belarusian armour says otherwise. Most likely, Russia’s military industry is so badly hurt by sanctions that Moscow is desperate for new military hardware fast, and therefore has chosen Belarus, which is located relatively closely to the front lines in Donbas compared to many of Russia’s own depots.

Depending on what happens in the days ahead, this could, however, be a sign that Belarus won’t join the war, as they are unlikely to do so if their military reserves have been largely drained.