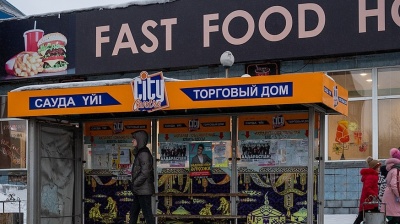 Ask a local in Almaty, Kazakhstan whether there are McDonald’s fast food restaurants in the city and the reply might go something like: “Yes there are, but no there aren’t.”

Food Solutions KZ, the McDonald's franchisee in Kazakhstan, on January 23 said that it had resumed operations at five of its former McDonald’s-branded Almaty outlets, but with no name on the doors. It added that more of the 24-strong chain of former McDonald’s restaurants it has nationwide would reopen after it decides on a brand name.

It was supply-chain effects related to Ukraine war sanctions imposed on Moscow that last November forced Food Solutions KZ to suspend operations at its McDonald’s franchise outlets. Soon after, reports indicated that McDonald’s was leaving Kazakhstan after failing to secure a domestic supply of meat patties that match the McDonald’s quality. Previously, Food Solutions KZ relied on Russia for supplies, but these were disrupted as McDonald’s left Kazakhstan’s neighbour following Moscow’s unprovoked invasion of Ukraine.

The statement on the reopening put out by Food Solutions KZ did not say where it was sourcing supplies for the restored outlets. Menu items at the restaurants that reopened without a name included hamburgers, chicken burgers and fish burgers as well as chicken nuggets, french fries and ice cream.

Vkusno i Tochka, which early in its existence became known for running out of french fries, emerged after McDonald's signed a deal to sell its business in Russia to a local licensee, Aleksandr Govor. The deal gave him the global fast-food giant's entire restaurant portfolio in the country and permitted him to operate the restaurants under a new brand.