MINSK BLOG: Artem Shraibman asks: What kind of dialogue can save Belarus? 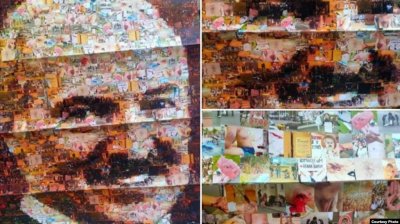 A standoff has developed between the Belarusian people who command the streets and cities, and the regime of President Alexander Lukashenko, who is ensconced behind the barricades of the security forces. What can be done to break the deadlock? / wiki
By Ben Aris in Berlin August 25, 2020

Well-known Belarusian journalist Artem Shraibman rejected international mediation and called on a multi-denominational council of religious leaders to mediate between the regime of Alexander Lukashenko and the opposition's Coordinating Council as the only practical way of ending Belarus’ political crisis.

The political columnist Shraibman wrote a widely read opinion piece in tut.by looking for a way out of the standoff that has developed between Lukashenko and the people.

“The current crisis – the most difficult in the history of independent Belarus – has no easy solution. The best of them is dialogue. All external players from the US State Department to the Kremlin are calling him. Everyone inside the country is ready for a verbal dialogue. So what are we waiting for?” Shraibman asked.

The huge crowds that assembled for the March of the New Belarus demonstration on August 23 that attracted at least quarter of a million participants confirmed the mass rejection of the August 9 presidential election that officially was won by Lukashenko by a landslide.

However, despite results being rejected by the people as a blatant falsification and by the rest of the European community, Lukashenko has dug in and is relying almost entirely on the security forces to hang on to power.

Former English teacher and nominal victor in Belarus’ presidential election Svetlana Tikhanovskaya established a Coordinating Council to negotiate a peaceful transfer of power and set up an interim government before holding fresh elections. However, not only has Lukashenko refused to acknowledge the council, but a criminal case has been launched accusing the council members of trying to usurp power.

As bne IntelliNews reported, two members of the council were arrested on August 24, strike leader Sergei Dilevsky and Olga Kovalkova, who was a prominent member of Tikhanovskaya campaign team.

Apart from the Coordinating Council the mass protests have no real leader nor any demands other than that Lukashenko should step down and new elections should be called.

The main problem is the two sides in this fight – the Coordinating Council headed by the nominal winner of the elections Tikhanovskaya and Lukashenko – are not talking and are unlikely to find enough common ground to start talking.

Lukashenko is stubbornly sticking to the fiction that he won the elections and Shraibman argues that he may genuinely believe he won. I met him once in the noughties in an intimate press conference with a select handful of foreign correspondents and he came over as completely bat-shit crazy.

“Lukashenka is confident in the steadfastness of his position, and, perhaps, he is also sure that the majority voted for him. The fact that we understand that this is an illusion does not make his conviction weaker. Lukashenka lives in his own information world, people dissatisfied with him live in another,” Shraibman says.

Shraibman argues one of the ways to bring Lukashenko to the table is if his entourage come to believe his is a lost cause.

“One way or another, the moment will come when Lukashenka or enough people in his close circle will realise that the risks from dialogue with opponents are less than the risks from trying to shove the paste back into the tube. Or their patriotism will outweigh the desire to keep power in their hands forever,” Shraibman opines.

It is impossible to say what conditions will bring about this moment; Shraibman offers some possibilities like a bank crisis or the depletion of foreign exchange reserves (Belarus only has $8bn in reserves or 2.5 months of import cover, which is not enough to ensure the stability of the currency). The list of possible triggers is long and such triggers often grow out of humble beginnings.

The only way out of the impasse is to negotiate a new Constitution, says Shraibman. It is only by laying out the rules in a new constitution that a practical workable solution to the current clash of wills can be overcome. And it needs to be done quickly.

Shraibman makes the radical suggestion that Belarus should be changed from a republic to parliamentary democracy.

“Neither Tikhanovskaya, nor [her jailed husband Sergey] Tikhanovsky, nor [the president’s son] Lukashenko Jr., nor Prime Minister [Roman] Golovchenko, nor [jailed opposition leader Viktor] Babariko, nor [exiled presidential candidate Valery] Tsepkalo, nor Mother Teresa or the Pope [should get all the power]. That Constitution is a path to the abyss, because it makes the fate of a nation dependent on the whims of one person. The country can no longer take such risks,” Shraibman says.

Once the new constitution is in place, following a rapid referendum, then it will by its nature mandate fresh elections that will be fought on party lines.

The beauty of this idea is that Lukashenko himself has been talking about changing the constitution for several years and brought it up again after the protests broke out, offering it as a sop in a half-hearted attempt to placate the angry crowds.

“Here, unexpectedly, even for me, I find myself agreeing with Lukashenka's words. The most sustainable way is to quickly reform the Constitution and restart the government through new elections after that,” Shraibman said.

None of the parties involved in this negotiation trust each other, or even recognise each other's authority to negotiate, so the only possibility of getting the talks off the ground will have to be mediation.

External mediation is a non-starter.

“If you involve Moscow or Brussels, Washington or Beijing, the parties will become even more suspicious of each other and assume there will be an attempts to surrender the country to someone. External mediation should be discarded due to the fact that the crisis in Belarus is of a purely internal nature,” Shraibman said.

But if you can only use domestic mediators, who is an impartial domestic authority with enough gravitas to oversee these talks?

“The best we have, I think the churches. I am not immune to suspicions, and someone may be tempted to consider the [Russian Orthodox Church] as a conduit of Russian interests, and the Catholic Church of Polish interests. A compromise could be a collective mediator from the leaders of five Belarusian confessions: Orthodox, Catholics, Protestants, Jews and Muslims,” Shraibman said.

Shraibman concludes that the fewer conditions the better, but there should be a shortlist of preconditions before the talks start: police violence, arrests and repression must stop; and there should be an indefinite guarantee of the physical safety and immunity from prosecution for Alexander Lukashenko and his family.

Shraibman comments: “No matter how unpleasant both of these goodwill gestures from each side are, without them it will be simply impossible to sit down at the table.”

Outside mediators do have a role in ensuring both the constitutional referendum and the election that follows are free and open. The Central Election Commission (CEC) would have to open its doors to numerous international observers and the commission expanded to continue representatives from all the parties involved.

And in another fairly radical idea, but typical for the more balanced view of eastern Europe geopolitics the Belarusians have, Shraibman suggests an International Belarus Assistance Fund be set up with $3bn-$5bn that will be released once all the conditions of the new constitution and elections have been fulfilled. The money for the fund should come from contributions from Russia, the EU and the US both to show their non-partisan solidarity with the people of Belarus and also provide a practical incentive for the participants in the negotiations to complete a deal.

Shraibman adds the outlines of a foreign policy should also be agreed as part of this process, but the key element is the country remains committed to its international obligations, it doesn't favour one direction east or west over the other and Belarusian sovereignty remains immutable.

“I know how illusory every paragraph of my article can seem today. But it is better that at the time when the alternatives to dialogue are civil war, complete ruin or external occupation, we have at least a rough outline for salvation. Good luck to all of us."

MINSK BLOG: Why no Euromaidan in Belarus?
MINSK BLOG: Thaw with West is fast track to Kremlin's pocket

Reflections from our correspondents on the ground in the Belarusian capital.