Moldova brings in US federal prosecutor as new anti-corruption chief 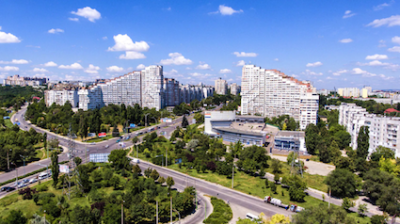 Veronica Dragalin, an assistant US attorney of Moldovan origin in Los Angeles, has won the race for the position of chief prosecutor of the Anti-corruption Prosecutor's Office (PA) in her home country Moldova. Her nomination was approved on June 7 at the meeting of the Superior Council of Prosecutors (CSP).

The appointment may mark a turning point for Moldova's sluggish and often controversial justice reforms. On the same day as Dragalin's nomination, on June 7, the international pre-vetting committee for the evaluation of the magistrates' bodies was summoned for the first time. The pre-vetting commission assesses the integrity of candidates for membership in the self-governing bodies of judges and prosecutors.

The nomination of Dragalin to the PA top seat will be submitted to the interim general prosecutor to make the appointment.

“I think the Anti-corruption Prosecutor's Office needs a radical change. Prosecutors have the obligation and the mandate to act in the interest of the citizens and the country. Unfortunately, I believe that both the citizens and the country have lost confidence in the prosecutors who did not comply with this mandate. The PA must regain the trust of society, become a respected institution, operating at its highest potential,” Dragalin said during her interview for the post.

Minister of Justice Sergiu Litvinenco congratulated Dragalin on her nomination.

Dragalin left Moldova with her parents at an early age. She attended school in Italy and Germany and, when she was 11, she arrived with her family in the US.

In 2008 she graduated from the University of Durham, North Carolina School of Biology and Chemistry, and in 2011 from the University of Virginia Law School. She later had a prominent career, eventually becoming a federal prosecutor in the United States, at the Department of Public Corruption and Civil Rights.

The former head of the Anti-corruption Prosecutor's Office, Viorel Morari, was dismissed by general prosecutor Alexandr Stoianoglo last year after he was suspended from the post in 2020. Morari has been subject to criminal investigations and accused of supporting now fugitive politician and businessman Vlad Plahotniuc. Stoianoglo was suspended from his post last autumn amid allegations about his connections with reputed corporate raider Veaceslav Platon. Stoianoglo is now close to being dismissed upon a controversial evaluation of his activity.

President Maia Sandu came to office in 2020 pledging to fight corruption. This was followed by a landslide victory for her Party of Action and Solidarity (PAS) in the general election one year later.

Moldova was ranked 105th out of the 180 countries surveyed by Transparency International on its latest Corruption Perceptions Index (CPI), with 36 points out of 100, lagging behind countries like Turkey (38 points) and Belarus (41 points) in the region.

This is only a modest improvement from the decade’s lowest level of just 30 points in 2016, the year after the massive bank frauds known as the ‘$1bn bank frauds’ were revealed.

On publication of its report in January, Transparency International said the government needs to make good on its promises to de-politicise the anti-corruption bodies and genuinely reform the country’s justice system.

While Moldova has been struggling with the economic fallout from the war in neighbouring Ukraine and the arrival of hundreds of thousands of refugees, the government has continued to press ahead with justice reforms.