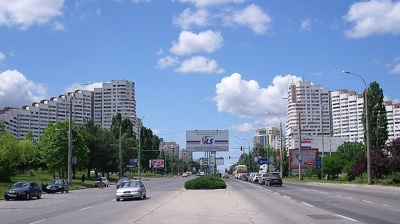 Moldova declared a state of emergency earlier in October, as it struggles to secure gas to fulfil rising demand. Gazprom representatives have made clear that a long-term contract will be signed only if Moldova pays its historic debt of $709mn, and the Russian gas giant says supplies will continue under a short-term contract after November 1 only if Moldova pays for the gas consumed in September and October.

In an attempt to secure alternative supplies, Energocom opened a tender to buy 5mn cubic metres of natural gas as soon as possible from a trader licensed in one of the European Union’s member states.

The gas is needed to stabilise the pressure in the country’s gas transport grid. Romania’s Transelectrica confirmed last week that it is providing such balancing services through the existing pipeline, but it seems that the volume of gas needed exceeds the balancing arrangements.

Moldova’s Prime Minister Natalia Gavrilita indicated that Moldova managed already to buy 1mn cubic metres, as a technical test, from Poland. The price was, however, very high at $1,000 per thousand cubic metres. The price paid in October to Gazprom was $790.

Meanwhile, Moldova’s Deputy Prime Minister Andrei Spinu briefed the media about his negotiations held so far in Moscow on a new natural gas contract with Gazprom and said he will meet Gazprom’s CEO Alexey Miller in St Petersburg on October 27.

Spinu made clear that Moldova seeks a fair long-term agreement with Gazprom based not on preferential prices, but on similar terms to those extended by the Russian company to other countries. He said Moldova proposed two formulas for calculating and updating the gas price under the long-term contract.

Spinu confirmed and clarified the information provided by Gazprom officials to Russian media, namely that the Russian company wants an agreement over the historic debt owed by Moldova (not including the separatist republic of Transnistria). Spinu hasn’t confirmed the value of the debt, indicated by Gazprom at $433mn of principal and $709mn including interest and penalties, but he explained that the debt has been accumulated since 1994. Moldova will ask for an international audit on the debt before reaching any agreement over the repayment, Spinu said. Gazprom asked Moldova to agree on paying the debt over a three-year period.

As a bridge solution, Gazprom is delivering natural gas to Moldova on a monthly basis, with the price for November calculated as the spot, market price for October minus a 25% discount agreed by the two countries. Gazprom, however, is asking for timely payment of the gas delivered under this arrangement and the amounts are lower than Moldova’s consumption.