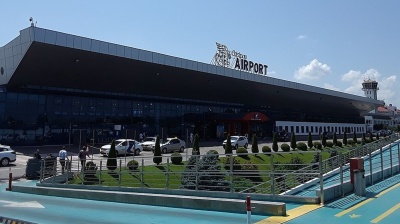 By Iulian Ernst in Bucharest September 5, 2019

Moldova’s government voted to repeal the government decisions issued in 2012-2013 regarding the concession process for Chisinau International Airport, on the grounds that the procedures were carried out by a government that had already resigned.

At stake are revenues of around $1bn over the 49-year period of the contract, generated by the $9 paid by each passenger.

A fund owned by Nathaniel (Nat) Rothschild has recently took control over Avia Invest, which holds the concession, from an unknown owner represented by businessman Ilan Shor, the visible beneficiary of Moldova’s $1bn bank fraud.

Shor left the country and started selling assets after the former government led by oligarch Vlad Plahotnuic was unexpectedly ousted in June.

The sale of Avia Invest to Rothschild’s NR Investments caused a political storm in Moldova, and members of the new government led by Maia Sandu, as well as President Igor Dodon, have said they will seek to cancel the original concession agreement.

“The government that administers public affairs cannot take important political initiatives regarding issues that have caused difficulties before his resignation or have finally determined this resignation. In particular, decisions which could subsequently permanently engage the political line of the future government are excluded,” the court decided.

A “comprehensive ceasefire” in Eastern Ukraine that was agreed to last week in Minsk officially started on August 2. There were immediately violations but the number of attacks by separatists has fallen significantly

Lukashenko cancels state of the nation speech as health fails

Belarus president Alexander Lukashenko cancelled his annual state of the nation speech that he was due to deliver on August 3 a week after he admitted to having the coronavirus (COVID-19).