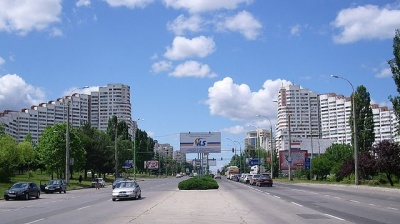 After growing by 5.8% y/y in Q2, during the climax of the recent political tensions, Moldova’s GDP increased by 4.3% y/y in Q3, the statistics bureau BNS said on December 16. In seasonally adjusted terms, the GDP edged up by 1.1% q/q in the quarter.

The growth came despite an eventful few months that saw the replacement of the Democratic Party (PDM) in power by a short-lived tie-up between the pro-EU ACUM bloc and President Igor Dodon’s Socialists in June. The coalition collapsed in November, and the new government headed by Dodon’s former adviser Ion Chicu was backed by the Democrats.

Looking ahead, the major international financial institutions (IFIs) expect the country's economic growth this year to be around 3.4%-3.5% — a slowdown from last year’s 4.9% growth rate, despite the robust 5.2% advance posted in H1 (and even compared to the 4.8% y/y performance in January-September).

In January-September, the average growth rate was 4.8% y/y, superior to the government’s 4.2% full-year projection, while the World Bank’s cautious 3.4% forecast issued in October remains on the pessimistic side.

However, the World Bank’s forecast was assuming fiscal consolidation measures to be introduced by the government of pro-EU prime minister Maia Sandu that took office in July, after the pre-electoral fiscal stimulus and election-related spending seen by the World Bank as having driven the 4.1% y/y growth in Q1. In fact, the growth rate strengthened during the second and third quarters under Sandu’s government, driven by lagged effects of past policies.

More recently, with the change in government in November, the outlook changed from moderate fiscal consolidation to more fiscal stimulus. In fact, the new government informally headed by Dodon is planning a wider budget deficit than in 2019 for 2020 (3.3% of GDP, one-third more than in 2019), although the financing sources remain to be clarified.

The recent interest rate cut and government’s robust public expenditure plans are likely to maintain robust growth rates in the coming quarters although the new executive drafted the 2020 budget based on the safe assumption of 3.8% growth put forward by the previous government.

While the long-term impact of the deep 2pp interest rate cut made by the monetary authority to 5.5% remains debatable, the move will provide safe and cheap financing from local resources for the government in case Moldova’s Western development partners freeze financing on political concerns or the ambitious plans for $500mn worth of loans from Russia vanish. Separately, it will encourage retail lending with a positive impact on GDP.

Speaking of the specific developments in January-September, the utilisation structure of the GDP looks encouraging: private consumption contributed 2.7pp to the overall 4.8% GDP growth, while gross fixed capital formation contributed 4pp. The balance shifted more toward private consumption in Q3 alone, though: 4.3pp compared to 3.0pp. On the GDP formation side, the construction sector contributed 1.7pp to the overall GDP growth, compared to the 1.2pp contribution of retail. The balance, again, shifted towards consumption/retail in Q3 alone: 0.9pp to 1.4pp. Industry maintained significant 0.6pp contributions in both January-September and Q3, with a moderate but steady advance (+3.8% y/y in the first three quarters, on average).

2.4mn people from the Western Balkans have residence permits for EU countries including 868,000 Albanians – over 30% of the country’s 2.8mn population, shows Eurostat data.