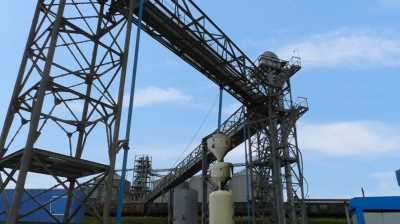 The European Bank for Reconstruction and Development (EBRD) is considering extending a $40mn credit facility to the largest Moldovan agri group Trans-Oil, part of a $150mn syndicated senior secured revolving credit facility to finance the borrower’s working capital, according to an EBRD document. The contract was tabled for the Bank’s board meeting of September 18. This would add to the $300mn Eurobond issued earlier this year.

Moldovan daily Mold-Street reported on August 13 that Trans-Oil is seeking to buy another 100 freight wagons on the top of the 100 purchased in June. The daily comments about the difficulties faced by the company in leasing wagons from the state owned railway company.

The group’s owner is Vaja Jhashi, who was close to former Moldovan leader Vlad Plahotniuc, who lost power in June and fled the country. Jhashi’s connections were broadly seen as paving the way for his company to control the country’s sole maritime port and obtain preferential access to the state railway company’s fleet.

Jhashi sold a 12% stake in the company in late June to Oaktree Capital Management (OCM), a US investment management firm specialising in alternative investment strategies that is the largest distressed securities investor in the world. Mold Street puts the value of the assets owned by Trans-Oil group at $240mn, out of which $220mn is owned by Jhashi.

The $150mn credit facility is expected to, among others, promote the introduction of value added goods such as organic and high oleic sunflower oil to the group's sales structure which will lead to higher profitability, thus enabling the group to become more competitive. Several local suppliers of grain and oil seeds are expected to obtain organic certification in accordance with international standards. Separately, the loan will also support the expansion of Trans-Oil's exports to new foreign markets leading to stronger international integration of the group.

Ratings agency Moody’s said on March 25 that it expects Turkey’s economy to be the hardest hit out of all the G20 economies from the impact of the coronavirus (COVID-19) economic shock, with a ... more

Turkey’s $750bn economy will require a more robust stimulus in the face of the coronavirus (COVID-19) pandemic but the Turkish Treasury may struggle to find sufficient resources after the ... more

Kosovo's government said on March 10 it approved the 2020 state budget setting the deficit at 2% of the planned GDP. The budget was endorsed with a delay as the country held a snap election in ... more