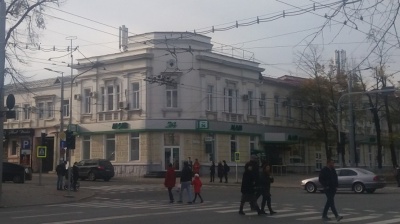 Talks are being carried out with the authorities in Moldova for Moldova Agroindbank (MAIB) — the largest bank in the country by assets — to have its shares listed on the Bucharest Stock Exchange (BVB), announced Nicu Marcu, president of the Romanian financial supervisory authority (ASF).

MAIB, the largest credit institution in the Republic of Moldova, with a market share of 32% and assets of approximately MDL39bn (€2bn), is preparing a listing on the Bucharest Stock Exchange, in an offer scheduled for 2023 through which the bank will access the financing necessary for development.

"[S]teps are being taken to list the largest bank in the Republic of Moldova. They are aspects that make us confident. For quite some time, ASF has started the steps together with the National Bank of Moldova, with the Moldovan Capital Market Supervisory Authority, to harmonise the legislation so that MAIB can be listed in Bucharest as soon as possible," said Marcu at the Moldova Romania Capital Bridges Forum organised by the BVB and MAIB on September 13.

Among the owners of MAIB are the European Bank for Reconstruction and Development (EBRD), Horizon Capital, as well as 3,000 other shareholders, both institutional and small investors.

"This decision is subject to shareholder and regulatory approvals, which we will obtain. We also explored other markets and I am happy to say that we are quite confident that the Bucharest Stock Exchange suits us best,” Giorgi Shagidze, CEO of MAIB bank told Ziarul Financiar daily on September 7.

Shagidze, a former executive at Georgia’s TBC Bank, was selected to head the bank in early 2021 with an eye to using his experiencing in listing the Georgian bank.

Shagidze has over 25 years of experience in the financial and banking sectors, most recently as chief financial officer and chief operating officer at TBC Bank. During his 10 years in the post, TBC Bank increased its assets more than eightfold, becoming the largest bank in Georgia. In 2014, TBC launched its IPO on the London Stock Exchange (LSE), attracting foreign institutional and retail investors. TBC shares are included in the FTSE 250 index with a current market capitalisation of approximately $1bn.

The EBRD and two private equity investment funds that bought into the bank in 2018 in what was seen as an important step towards cleaning up the largest bank in a sector plagued by corruption scandals.

Since 2018 its largest shareholder has been HEIM Partners Ltd, a UK-registered company representing the international investor consortium of the EBRD and private equity investors Invalda INVL and Horizon Capital, which used to be run by former Ukrainian finance minister Natalie Jaresko.

MAIB is already listed on the local exchange in Chisinau, but the exchange lacks liquidity which prompted its owners to consider an international listing.

Four years ago, Purcari Wineries became the first Moldovan company to list on the Bucharest bourse, helping to fund its international expansion.