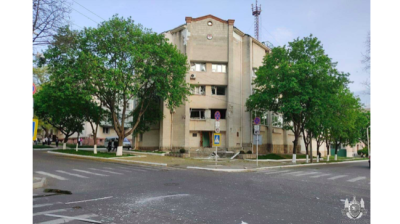 The report followed unexplained explosions in Transnistria at the end of April. / mvdpmr.org
By Iulian Ernst in Bucharest May 3, 2022

The Ministry of Defence of Moldova believes that at this moment there are "no signs" that would indicate the threat of a Russian attack on Moldova, according to an official statement quoted by Newsmaker.md.

The ministry was specifically commenting on an article published by the British newspaper The Times about Russia having allegedly already "decided to attack Moldova".

“As for the article of The Times about Moldova, we inform you that since the beginning of the war in Ukraine, all state institutions have been put on alert and are closely monitoring the situation. Now there are no signs indicating that Moldova is in danger. These conclusions are shared not only by the Moldovan authorities but also by our main international partners,” the statement reads.

The ministry said that they are constantly monitoring the security risks and will inform the public about any changes in the situation.

The Times, quoting sources within Ukraine’s military intelligence services, reported the possibility of an imminent Russian invasion in the Moldovan separatist republic of Transnistria, as a step aimed at providing a broader base for the attack against Odesa in Ukraine.

“We believe the Kremlin has already taken the decision to attack Moldova. The fate of Moldova is very crucial. If the Russians start to take control, we will, militarily, be an easier target and the threat to Ukraine will be existential,” said the source.

The Ukrainian side reportedly noticed some activity at the airfield in Tiraspol, the de facto capital of unrecognised Transnistria republic.

Military sources quoted by The Times said that the Russian secret services are considering the possibility of riots in Transnistria, where there are currently concerns about rising prices.

The source suggests that the Russian military plans to carry out an airborne landing by Il-76 transport aircraft and helicopters in Transnistria. According to the report, planes and helicopters will fly from an airfield in occupied Crimea.

This would be a suicidal decision — but not the first such bad decision that was taken by President Putin — commented Valeriu Pasa, expert with the Moldovan think tank Watchdog, to Jurnal.md. Sending Il-76s (not to mention helicopters) through Ukrainian-controlled airspace to Transnistria would make them highly vulnerable, he said.

“Drafting operational plans [such as for invading Mooldova] only means that the major staff of the Russian army is doing its job,” Pasa said.

“It is supposed to draft plans for any situation. [But] if the Russians do not occupy the city of Mykolaiv, the Republic of Moldova is safe. Only if they manage to force the Southern Bug — things will get much worse,” the Watchdog expert said.

Romanian military expert Dan Grecu quoted by DefenseRomania.ro, also argued that an attack from Transnistria on Ukraine would be plausible only in the event of a major Russian offensive in the region, and the role of Transnistrian troops then would be to weaken the Ukrainian defence.

“Although there are about 2,000 Russian soldiers in Transnistria who could enjoy the support of several thousand Transnistrian militias, the risk posed by leaving the region and entering Ukraine is high, as they do not have significant power. Although the militias could be mobilised in impressive numbers, they do not have the fighting capability of a conventional army,” the Romanian expert argued.

Transnistria restates its commitment to independence, merger with Russia

Croatian president says Western sanctions aren’t working
10 hours ago
Kosovo’s PM Kurti says risk of new conflict with Serbia is high
11 hours ago
End of Vienna talks means US, Iran political approvals now needed to revive nuclear deal
19 hours ago
Western capitals wonder what kind of sanctions deal Erdogan may have cooked up with Putin
1 day ago
Leaders of Serbia and Kosovo to meet as they pull back from brink of conflict
2 days ago