Moldova seeks to wipe out cigarette smuggling on eastern border 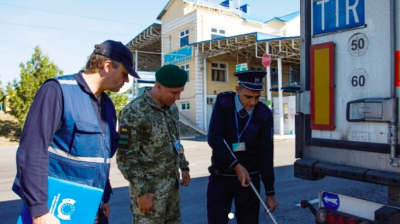 Moldova wants to increase the effectiveness of measures to prevent smuggling across the Moldova-Ukraine border, including in sections where Ukraine borders the Moldovan separatist republic of Transnistria, Prime Minister Maia Sandy said at a joint press conference with her Ukrainian counterpart, Volodymyr Zelensky, on July 11.

According to the EU Border Assistance Mission to Moldova and Ukraine (EUBAM), tobacco smuggling is one of the most serious risks to border security at the Moldova-Ukraine border, and results in the loss of millions of euros to the state budgets of both countries as well as those of EU member states, the ultimate recipients of many of the smuggled cigarettes. According to EUBAM, between December 2015 and November 2016, over 45.7mn cigarettes were seized at the Moldova-Ukraine border.

Sandu’s team have spoken out about the issue of smuggling, which, they claim, was allowed to flourish under the previous government, controlled by Democratic Party leader Vlad Plahotnuic.

“A few weeks ago, Moldova was still run from the shadows by an oligarch [Plahotnuic] who captured all state institutions and exploited Moldova as his personal fiefdom. He has turned Moldova into a grey area rife with smuggling and money laundering, which threatened economic and border security of Moldova’s two neighbors and strategic partners – Romania and Ukraine. This will stop now and Moldova will become a reliable, predictable partner for Ukraine,” Sandu said at the joint press conference with Zelenskiy, a government statement said.

She also talked of co-operating with Kyiv to strengthen border security: “We will seek to establish permanent and fully functional joint border controls in order to genuinely secure our borders against crime and smuggling.”

Moldova and Ukraine previously agreed to put up joint control points on the Moldovan-Ukrainian border. Six joint checkpoints have been installed so far, including the largest, Kuchurhan-Pervomaisc.

An advisor to Sandu, Vladislav Kulminschi, outlined the scale of the smuggling problem in a Facebook page the same day, claiming that cigarette smuggling had been controlled by the Moldovan authorities as a “fast source of income” for politicians that “brought in huge profits”.

According to Kulminschi, in 2014 10bn cigarettes passed through Transnistria. The following year, Kyiv banned the export of export of cigarettes through Transnistria, but just two weeks later Ilan Shor — the businessman and MP named as the visible beneficiary of Moldova’s $1bn bank frauds — secured changes to the law that opened a door for illegal exports of cigarettes through his duty-free shops, making it possible to export 5bn cigarettes via the region that year.

“In 2019, the scheme started working yet more intensively, and in May 2019 almost 1bn cigarettes went through this channel, created and controlled by the authorities of Moldova,” Kulminschi claimed.

He called for urgent action to prevent duty-free exports through Transnistria and to strengthen joint control of the Moldova-Ukraine border by setting up eight new customs checkpoints, including on the Transnistrian section of the border.

Earlier this month, the deputy head of Zelenskiy’s office, Oleksiy Honcharuk, said that Ukraine had become a "global hub" in supplies of illegal cigarettes, as cited by Interfax Ukraine.

"Ukraine has become a world hub for the supply of illegal cigarettes to Europe. From China, the United Arab Emirates through Odessa, Belarus, Moldova, from uncontrolled territories [of Donbas] through Ukraine, as a kind of a "wild land," illegal cigarettes go to Europe," Honcharuk told a meeting on border, customs and road infrastructure.

This is in line with the findings of the 2017 Project Sun report prepared for the Royal United Services Institute for Defence and Security Studies (RUSI) that found the countries on the EU’s eastern borders, in particular Ukraine, were the main source of counterfeit and contraband (C&C) cigarettes in EU countries. This was driven primarily by the huge price differential between a pack of cigarettes in countries like Belarus, Moldova, Russia or Ukraine, and the EU member states immediately to their west, according to the report.

Strong hopes Georgia's political crisis is over after EU brokered agreement
5 hours ago
Bulgaria’s outgoing government under scrutiny over sudden hike in budget deficit
16 hours ago
Team Navalny pulls the trigger on the next big demonstration scheduled for April 21
20 hours ago
Samolet see EBITDA up by half despite the coronacrisis
23 hours ago
Will Belarus merge with Russia this week?
1 day ago