Montenegro’s debt set to fall for first time since independence 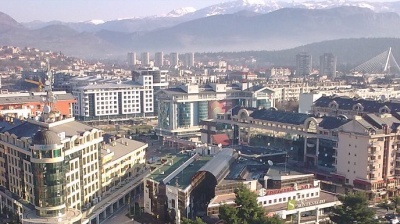 Montenegro’s government debt is expected to fall for the first time since the country declared independence, dropping to 87.37% of GDP in 2021, the finance ministry said in a statement.

The debt reached 103% of GDP in 2020 due to the increased costs related to the coronavirus (COVID-19) pandemic and its economic consequences but started falling in 2021 thanks to repayment of debt from the eurobond issued in 2016.

According to Montenegro’s macroeconomic and fiscal policy plan the debt should fall to 71.7% of GDP in 2023.

The public debt stood at €4.08bn at the end of June, equalling 87.98% of the projected full-year GDP forecast, finance ministry data showed.

Montenegro’s foreign debt was €3.65bn, slightly up from €3.64bn at end-March, but lower compared to €3.83 at end-December. China’s Exim Bank, which lent the country most of the funds needed for the Smokovac-Matesevo highway, remained the largest creditor at the end of June with the debt totalling €688.09mn. Montenegro has asked the EU for help to repay the debt.

The debt to the International Bank for Reconstruction and Development (IBRD) totalled €185.06mn. The debt to the European Investment Bank stood at €105.73mn.

The country also has Eurobonds worth €1.75bn.