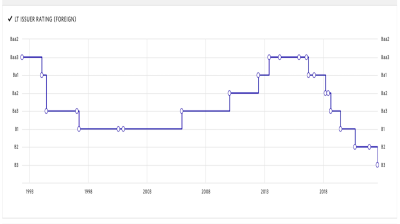 Moody’s Investors Service has downgraded Turkey’s sovereign rating by one notch to B3 with a stable outlook, taking it to six notches below investment grade, the rating agency said on August 12 (Chart: Turkey’s rating history by Moody’s).

Pressure on the balance of payments has risen and the increasingly unorthodox policies from the Erdogan administration are unlikely to restore macroeconomic stability, Moody’s said.

More downgrades are on the way. 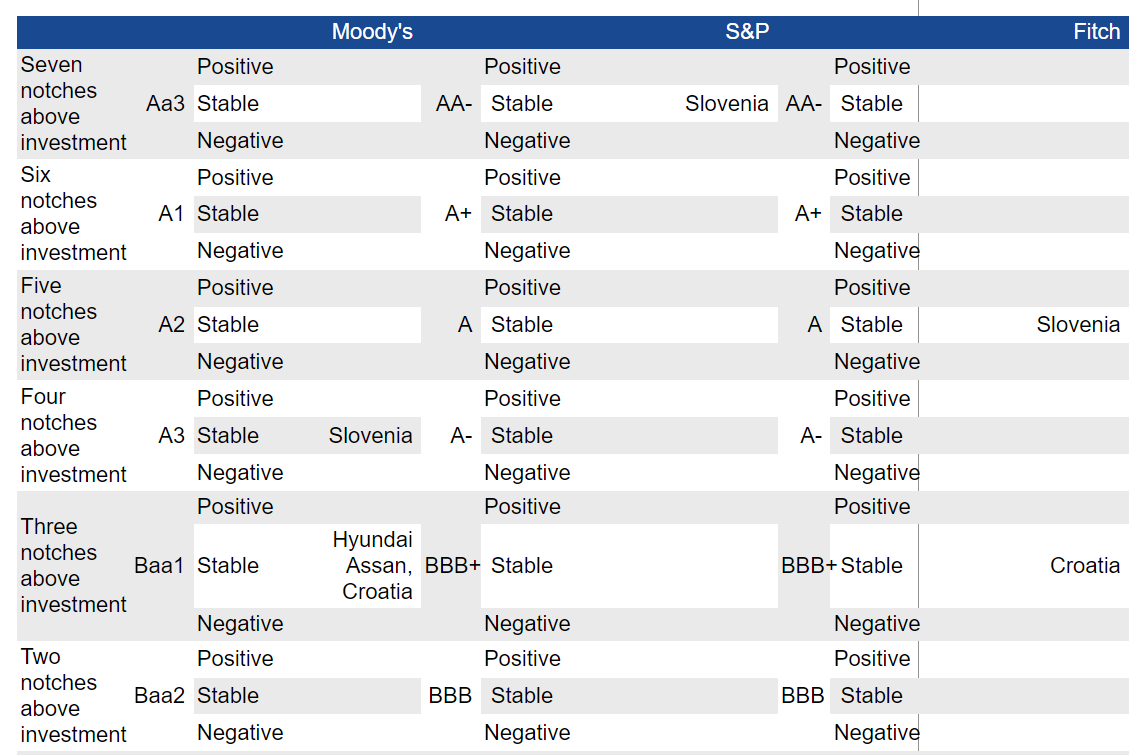 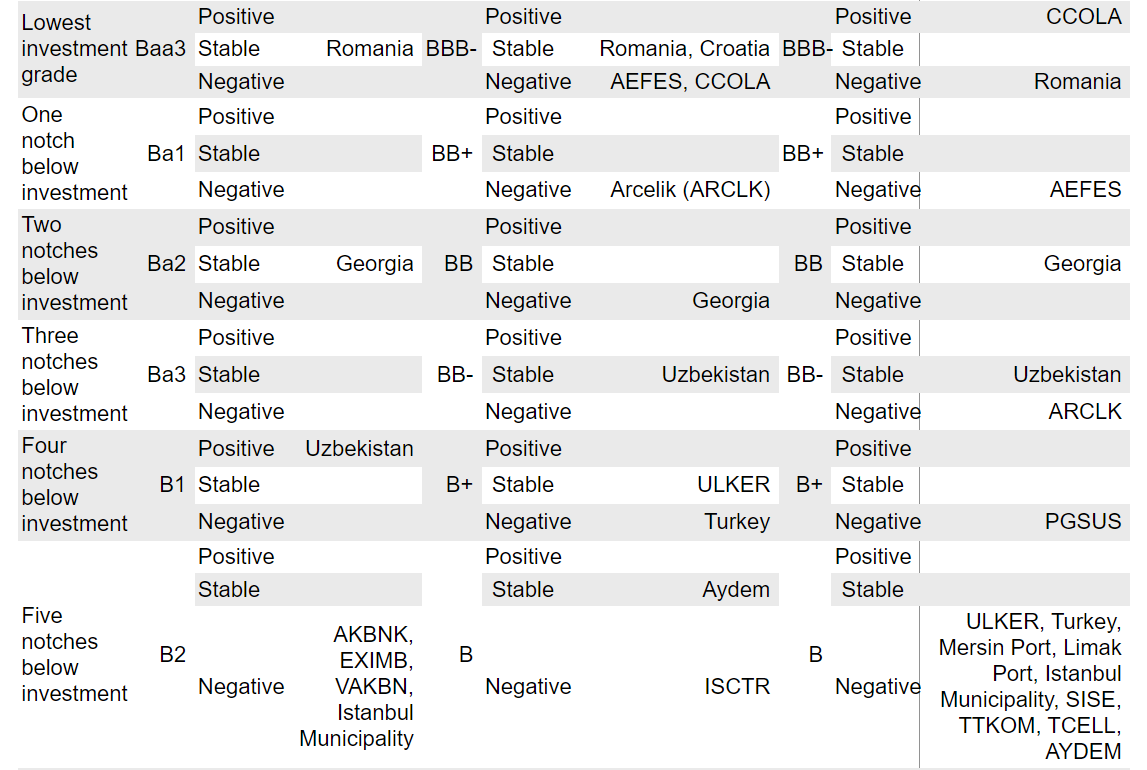 Prior to the Moody’s hit, speculation on President Recep Tayyip Erdogan’s search for a way out of Turkey’s economic mess (by now a most pressing matter for Erdogan with elections due by June 2023 at the latest) was again rife. Some media coverage in the wake of Erdogan’s recent Sochi summit with Vladimir Putin focused on incoming capital from Russia. Analysis suggesting Turkey’s credit default swaps (CDS) were recovering thanks to the Russian money followed. Such articles did not mention the fact that emerging markets CDS were simultaneously in recovery in general.

The month of August usually brings about shaky markets as liquidity dries up during the vacation period. However, for the financial industry, August this year has so far proceeded in an extremely positive fashion (as positive as possible amid the global tightening).

There is no guarantee, however, that the second half of August will continue in the same fashion. The mood could change. On September 21, the Fed’s open market committee is currently expected to deliver another 50bp rate hike.

Since 2016, Qatar has been seen coming to the rescue amid Turkey’s economic collapse. Since last November, the United Arab Emirates (UAE) has joined Qatar in the mission. Saudi Arabia, last month, and Vladimir Vladimirovich Putin are now said to have signed up to provide economic assistance. Current press coverage suggests Putin is supposed to send $15bn and Saudi Arabia $20bn.

On August 3, Erdogan’s finance minister Nurettin Nebati, said that some FDI was incoming and that the central bank would release its reserve figures in the upcoming week.

Prior to Nebati’s comments, some “unnamed sources” told Bloomberg that Russia would send $15bn in instalments.

Amid the stories of Russian capital, the Turkish central bank’s gross international reserves rose from $98bn as of July 22 to $101bn as of July 29 and to $109bn as of August 5.

Some more stories on financial rescues will definitely go into circulation in the coming days, but there is no certainty that the figures on the reserves will go up in line with said events.