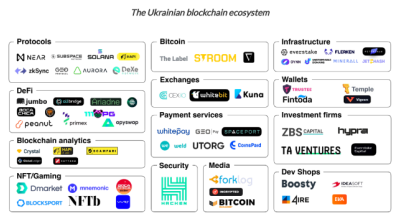 While Ukraine ranks third worldwide in the 2022 Global Crypto Adoption Index, Web3 startups with roots in this country have raised nearly $1bn in investments over the past four years / bne IntelliNews
By East West Digital News in Kyiv November 24, 2022

While Ukraine ranks third worldwide in the 2022 Global Crypto Adoption Index, Web3 startups with roots in this country have raised nearly $1bn in investments over the past four years, East West Digital News reports.

This and other interesting facts and numbers are contained in a report just published by Hypra, a Lisbon-based Web3 fund with a Ukrainian team.

According to this report:

More than 80 Ukrainian or Ukrainian-founded Web3 startups were launched over the past four years;

Hypra also shares a map of the Ukrainian blockchain ecosystem, and lists the top 15 Web3 companies with Ukrainian roots by valuation.

Launched in March 2022, Hypra claims to have already raised over $25mn.

In July 2022, Hypra invested $500,000 in EvaCodes, a blockchain development service company based in Kyiv. 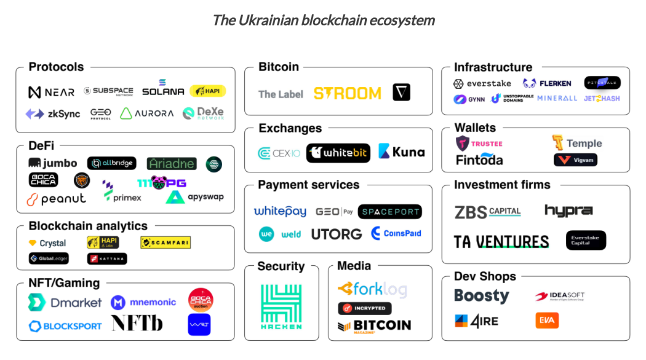 International IT companies that have quit the Russian market setting up in Serbia alongside Russian tech companies.