MOSCOW BLOG: Kremlin launches charm offensive ahead of looming Biden victory in US elections, end of the START missile treaty 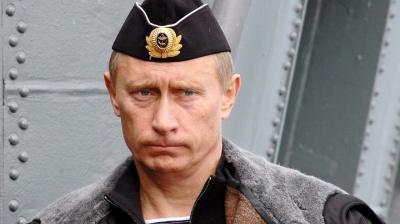 Russia is getting worried about its deteriorating relations with the West and has launched a low key charm offensive to stop the rot
By Ben Aris in Berlin October 16, 2020

Russia is suddenly making nice with its foes, as the Kremlin seems to be launching a charm offensive ahead of the increasingly likely victory in the US presidential elections of Joe Biden.

In the last weeks the Kremlin has made several overtures to countries with which it has been in conflict for years, as it worries not only about a potentially more aggressive White House under Biden, but the ongoing falling away of all the Cold War era missile treaties that could lead to a new arms race.

In the most recent gesture, Russian President Vladimir Putin suggested on October 14 Russia was open to resuming full economic co-operation with Ukraine.

Putin supported the idea of Prime Minister Mikhail Mishustin to restart supplies from several Ukrainian facilities. "Let's see this as the first goodwill gesture from our side," Putin said.

Mishustin said that he hopes that Ukraine will respond to the Russian measure by allowing exports of two Russian companies.

Only three weeks ago Putin also offered a pact with Washington against interfering with each other elections in cyberspace, in the run-up to the US presidential contest.

Foreign Minister Sergei Lavrov read out Putin's statement in a video released by the ministry, while the Kremlin chief was visiting massive military drills involving China and Iran in southern Russia.

In his statement, Putin called for the two countries to "exchange guarantees of non-interference in each others' domestic affairs including elections," and particularly noted the use of "information and communication technologies."

In another gesture the Kremlin offered to include two out of the five new hypersonic weapons it has developed that it claims can penetrate US air and anti-missile defences in a new Strategic Arms Reduction Treaty II (START II) missile treaty.

The current START missile treaty is due to expire in February and is a key international security agreement that was signed in the Cold War that limits the kind and number of missiles East and West can have. The US has failed to respond to Russia’s entreaties to renew the agreement, which they argue would further undermine international security and open the way to a new arms race.

Russia has already been burned by the US decision to unilaterally withdraw from the Anti-Ballistic Missile Treaty (ABM) treaty in 2002 that limited the use and deployment of short-range missiles and was another key piece of Cold War-era security infrastructure.

The end of the ABM treaty was followed by the US proposal of a “missile shield” to protect Europe against “rogue states” but actually amounted to the deployment of short-range missiles along Russia’s western border. Putin follow the collapse of the ABM treaty by a campaign to modernise Russia’s army, starting in 2012, and then the annexation of Crimea in 2014 to secure ownership of the Sevastopol Naval Base on the Black Sea, which includes a strategic nuclear submarine port.

Renewing the START missile treaty is a short-term goal, but more generally if Biden wins the US presidential election in November then relations between Russia and the US are expected to deteriorate further, as Biden is considered to be a hawk on Russia, whereas US President Donald Trump has been decidedly soft on Russia and has a good relationship with Putin.

The prospects for a new START treaty are poor, as “achieving common ground is impossible against the backdrop of ultimatums employed by Washington," Lavrov said on October 14. START II would oblige Russia and the US to reduce the number of their strategic nuclear missile launchers by half.

In the same interview Lavrov called for a return to traditional diplomacy and the end of the “language of ultimatums.” He conceded that talks with Washington are cold, but insisted that both sides should work to find “points of contact” and try to settle their differences.

Part of the problem with the talks is that Washington is also insisting that Moscow put pressure on Beijing to join the agreement. Beijing says it has no interest in doing so and is, like Russia before it, in the midst of modernising its army. China has also started to flex its newly developed military muscles, especially in the South China Sea, where it has several territory disputes with its neighbours.

MOSCOW BLOG: The storming of the US Capitol was not a coup, but the shelling of the Russian White House was

MOSCOW BLOG: What to do in the next decade? The Kremlin and the people are confused and unsure

MOSCOW BLOG: The storming of the US Capitol was not a coup, but the shelling of the Russian White House was
MOSCOW BLOG: START II is a chance to renew relations between Russia and the West
MOSCOW BLOG: What to do in the next decade? The Kremlin and the people are confused and unsure