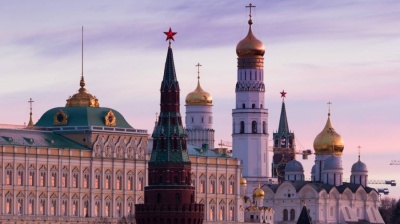 By cutting off gas and grain supplies to the world, the Kremlin is chipping away at the sanctions regime, while a chronic lack of cash is pushing Ukraine into default / wiki
By Ben Aris in Berlin July 26, 2022

Didn’t I say this would happen? That Russian President Vladimir Putin would play silly buggers with the gas flow and that newswires would be buzzing with alerts for months to come?

Yesterday, the flash news was that Gazprom has shut off a second compressor and will reduce the gas flows to Europe further to only 20% of full capacity.

In a separate press release, Gazprom also said that while it now has the documents issued by Canada to allow the first compressor to be returned to Russia, there were “issues” with them and the compressor remains on the docks in Lübeck in Germany.

The pattern is clear now. These compressors are the same as the rockets that fell on Odesa at the weekend. They are weapons of war. They are also designed to send prices up: gas prices jumped 6% and are now around $1,800 per thousand cubic metres, or ten times the normal level.

These games are also designed to get the West to ease the sanctions. As part of the Istanbul grain deal on July 22 the Kremlin demanded, and got, concessions on its own grain exports, which are a nice little earner for the budget as well as geopolitically potent for building relations with Africa and elsewhere.

Gazprom also mentioned problems with the sanctions in its communique, and has said today that it wants sanctions on all foreign-made equipment lifted. As with grain, the Kremlin is using this crisis to chip away at the sanctions regime so that more and more of its businesses can function. Moreover, Gazprom already won one gas concession when the EU forced Canada into an embarrassing climbdown on refusing to send the compressor back by exempting it from oil and gas sanctions, when it clearly was a sanctionable object.

Now there is not enough gas flowing through Nord Stream 1 to refill the tanks by October 1 to 80% full, whereas at 40% there was – just. I think it is highly unlikely that the Kremlin will cut off either grain or gas completely. If Putin does then all that happens is he precipitates a crisis, kills his access to those markets forever, and ends a very useful revenue flow. Much better to keep the West teetering on the edge of a perennial crisis for the diplomatic leverage that gives him the chance to do deals.

And it’s working. The Germans in particularly sound very panicky. German Foreign Minister Annalena Baerbock said in an interview on Monday that if Russia cuts off the gas to Europe there would be no more aid for Ukraine, as Berlin would be too busy dealing with “social unrest” at home.

Ukraine on the edge of default

The EU announced that the European Investment Bank (EIB) had granted a €1.6bn loan to Kyiv to support the budget. This is a joke, as the EU has already cleared a €8bn loan, but Berlin has blocked it, as it is unhappy with underwriting the loan – a loan, not a grant – and is afraid the money will be stolen. Even €8bn is only enough to cover a bit less than two months of state expenditure, so €1bn is not enough to do anything that will make a difference.

And Kyiv is desperate for money. As we reported, the NBU has already put through a doubling of prime rates to a crushing 25% on June 2 and then last week it devalued the hryvnia by 25%. But now it seems that Ukraine will start defaulting on its bonds because of this lack of money.

The Cabinet of Ministers has ordered all the state-owned firms to try to get their bondholders to delay payments. The Paris Club of big sovereign creditors has agreed to a one- to two-year delay, but the private investors are not happy with any proposed delay.

The national gas company Naftogaz put out a frustrated press release yesterday, as it has a payment due today of $335mn. Management said it wants to pay, has the money, but was ordered not to pay by the Cabinet of Ministers. They have been asking the government for a week to give them permission to pay, as the last thing the management wants to do is wreck its good credit history with a default, but up until last night the Cabinet of Ministers had simply not replied to Naftogaz's requests. It looks like Naftogaz will go into default today as a result.

And that is in addition to runaway inflation and a looming balance of payments crisis, all caused by the lack of money. What is so frustrating about this is the EU and US have actually promised to pay out another circa $16bn in budget aid money, which would be enough to tide Ukraine through for the moment, but have simply failed to transfer it.

bne IntelliNews columnist Max Hess commented: “Military aid is productive and supports the US labour market. But money isn’t produced and is simply a political liability.”

This failure to give Ukraine some “helicopter money” casts the West in a very bad light indeed, and adds grist to the argument that some are making, that we are in a proxy war with Russia where Ukraine is simply being used to deplete Russia’s military and economic power first and foremost and actually helping Ukraine win the war as a war goal is a distant second.

Carrying this through and it suggests that Ukraine will get just enough money and arms to prevent Russia from taking much more territory, but not enough to actually expel it from Donbas, Mariupol or Crimea, and that the result will be a frozen conflict and permanent sanctions on Russia designed to hobble its development as much as possible. The Germans are already at the point where many want to sue for peace, whereas Washington, I suspect, wants to see Russia use up more of its military might first. There was a report today saying that Russian military exports are down dramatically as it has expended so much of its reserves, and that it will take years to rebuild them.

And all of this is to be done at as little cost to the West as possible. Note that even the $12.7bn that has been sent to Kyiv since the start of the war has largely been in the form of loans, not grants. That brings us full circle to the start of this blog: Putin’s strategy is to make this e-war as expensive as possible so the spike in grain and gas prices in the last week is as significant, if not more so, as much a part of Russia’s strategy as the rockets and reduced gas flows. Baerbock’s panic suggests that Germany did not sign up for an expensive war. Indeed, most of Europe signed up for a war that was not supposed to cost them anything at all. European Commission President Ursula von der Leyen has called for a pan-European reduction in gas consumption of 15% and Greece, Spain and Portugal instantly refused, arguing: “Why should we pay for Germany’s screw up?”

Germany is about to pay through the nose to heat its country this winter and its whole economic model is under threat, while Russia is currently making more money than it has ever made before. This doesn’t mean Putin is “winning” the war, but this was not the plan.

MOSCOW BLOG: West moving towards a “back to normal strategy”

MOSCOW BLOG: West blowing holes in its own sanctions regime