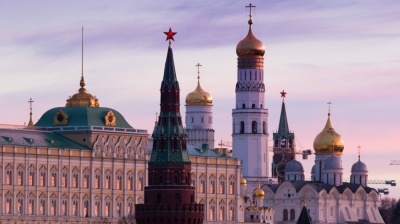 The Kingdom of Saudi Arabia (KSA) and Russia agreed to cut oil production by 2mn barrels yesterday at the Vienna OPEC+ meeting, angering the US that had a bit of a hissy fit and said the “special relations” were over. Crown Prince Mohammed bin Salman Al Saud (MbS) also rebuffed US President Joe Biden last month when the US president went to Riyadh cap in hand to ask for a production increase to bring prices down.

Oil prices will go up now, just as the EU is revving up to impose its oil price cap scheme, the whole purpose of which is to bring prices down and starve Russia of money. I have been watching the oil prices this morning which are already ticking up from the high $80s to the low $90s now and could go up to over $140 soon as a result of this, say market watchers.

What is going on here? There are several things to unpack. First is KSA needs at least $80 to balance its budget. Russia used to need about $45 to break even, but with the war on, analysts are now saying that has risen to $96. Some are saying that Riyadh is just being greedy and should support the West against Russia and leave prices where they are. Has MbS sided with Putin? It's more complicated than that.

The big winners from this war so far have been Turkey and Azerbaijan, both of which are brutal authoritarian regimes and both of which have enjoyed a bit of whitewash as the EU asks for their help. But KSA has also played the clash nicely by sitting on the fence and expanded its diplomatic and commercial clout.

Beyond the money that Riyadh will make, there is a much more important point. The EU leaders are meeting in Prague now and are expected to come out with some more details of the oil price cap deal tomorrow. What is being proposed is to change the oil market from the quintessential commodity market, where the OPEC+ cartel can control prices by pressing or braking the production throttle, to a regulated market where the G7 can arbitrarily set the prices a producer gets.

That is an insanely big change to the way the world works. It is in effect an attempt to close the biggest and most efficient market in the world that affects everything else, and transform it into a centralised system where bureaucrats set prices. I simply don’t believe the G7 has that much power, nor do I see anyone else getting on board with this, let alone the OPEC+ members and beyond. Moreover, together KSA and Moscow have a huge amount of market power to scupper the scheme, which Riyadh has just said very clearly it will try to do.

Although Russia is in the sanctions firing line, there is a strong current of “we could be next”. China clearly is going to be next, which explains its support for Russia. But all of the EMs have been disconcerted after the West weaponised the dollar and the tech trade. The G7 countries will never sanction each other, but that is not true for the rest of the world. And places like the Middle East have frequently been on the receiving end of US pressure, sanctions and even bombs in times of brouhaha. Washington pushes its “rules based” international system but blithely marches across any border of a country it feels has got out of line without a UN mandate. At least that is clearly the impression most non-aligned countries have of the States.

In specific terms this means that KSA and the other major oil producers will actively work to make sure the oil price cap scheme fails. In more general terms they will work to make sure that Russia is not crushed, as they want to see a counterweight to the US predominance in geopolitics as they share some of Russian President Vladimir Putin’s concerns about the “unipolar” nature of the world.

This trend is becoming increasingly obvious after India made the same call and has been snapping up Russian (and more recently Iranian) oil along with China. The same is true, if less obvious, for many countries in Africa and Southeast Asia. None of these countries are “on Russia’s side” but most of them have also not adopted sanctions against Russia and continue to trade with it.

Now we are waiting for the details of the oil price cap scheme – and especially the price that oil sales will be capped at. However, I am among those that are very sceptical that the scheme can be made to work.

The goal is to cut the revenue that the Kremlin earns from oil exports to hobble the economy and its ability to make war, but at the same time to keep crude flowing so there is no supply or price shock.

The entire idea turns on the assumption you can cut the price paid to Russian companies but make that price high enough so they still want to sell it.

Putin has said flatly that Russia will simply cut anyone off from oil who tries to impose the scheme. My question is: “What is plan B if Putin stops selling oil?” Exports of oil this year have actually gone up in many categories. For example, Europe has imported less crude, but as the Saudi crude is “sweeter”, meaning it produces more petrol when you refine it, but less diesel. And who is the main exporter of diesel to Europe? You guessed it; volumes of diesel exports are up this year over last year. India and China between them have already filled the hole left by the EU reductions.

Russia exports some 5mn barrels per day (bpd) and if that is taken out of the market there is not enough spare capacity to replace it. On the flip side, India and China cannot buy that much oil either, so there will be an unfilled hole in Russia’s export volumes. In this setup you get both a supply and price shock that will be at least as bad as the 1970s.

A key question here is can the Russian budget survive without those oil revenues? It will certainly be extremely painful, but as we reported, the Ministry of Finance is already putting the economy on a war footing. The West has not. So far the Western plan has been to throw money at the problem to try and keep life normal. Only a week ago I reported the spending had doubled in about two months to €500bn, but last week Germany alone came out with a new €200bn package at a time where there is no gas or oil shortage at all: EU gas tanks are currently 90% full.

Even without the $300bn of frozen Central Bank of Russia (CBR) money, Russia has significant reserves. It also has the option of printing money. And the bottom line is Putin will make the Russian people eat grass before he caves in to Western pressure.

Against this we have to ask how long will the West survive if oil goes to $380 per barrel as JP Morgan predicted? That is more than twice the previous all-time high of $147 set in 2008. Prices that high, that could be sustained for a couple of years, would be another economic dislocation of unprecedented proportions and will fuel what Professor Adam Tooze has dubbed the “polycrisis” we are drifting into.

This is a very tense moment. The West has already badly miscalculated with the current restrictions on energy that were supposed to impoverish Russia but actually caused prices for gas and power to climb tenfold. The idea that the oil price cap scheme will bring those down is, in my opinion, wishful thinking. It assumes that Putin is a rational actor and that he is interested in profits, whereas in reality all he is interested in is sufficient revenues to prevent his economy from collapsing. With KSA, India, China and much of Africa and Southeast Asia remaining as customers he can probably do that.