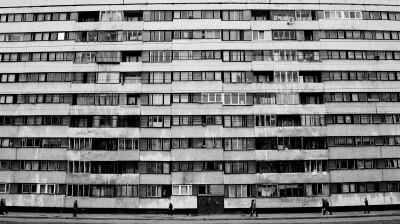 Moscow saw a record of 4.96mn square metres of housing space completed in 2019, up by 40% year-on-year, and highest level of residential construction since the 1965 mass housing blitz carried out by Nikita Khrushchev, the deputy mayor of the Moscow Marat Husnullin told the Vedomosti daily.

As bne IntelliNews has reported Moscow’s real estate sector is coming back to life, with previous reports from 2019 showing housing completions tripling in the first half of last year.

The expansion of the administrative borders of Moscow in 2011-2012 and the inclusion of the so-called New Moscow accounted for 3.86mn sqm of the housing completed in 2019, with 1.1mn sqm built in the former borders on the capital.

The renovation programme launched by the city also helped boost the construction, with 45 buildings of over 1mn sqm area completed under the initiative and another 60 planned for 2020.

Another reason for the rapid growth of the market is attributed to developers front-loading their construction plans in 2016-2017 ahead of the escrow account reform of the real estate financing passed in 2019, covered in detail by bne IntelliNews.

On the demand side, the housing construction was supported by cheaper mortgage loans, with the interest rates for mortgages going below 10% and banks issuing a record-high 1.5mn mortgages in 2019.

The prices for the housing in Moscow, however, also rose, with the average price for sqm in new projects rising by 7.1% to RUB0.248mn in 2019, Vedomosti wrote citing the estimates of Est-a-Tet consultancy.