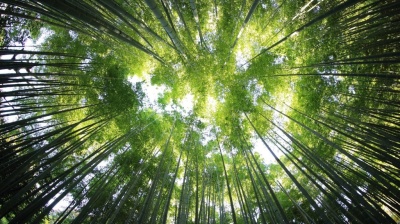 Murat Aliev’s Bonum Capital has bought into Russian forestry company Segezha, consolidating more forrest assets and taking the company another step closer to being the biggest forestry company in the world.
By Ben Aris in Berlin October 11, 2021

Russia is home to a fifth of the planet’s forests, more than any other country in the world by a comfortable margin. But the country’s share in the global forest products market is just 4%, according to the UN.

International investment group Bonum Capital believes that this has the potential to change, and is brokering a deal worth over half a billion dollars, which will make it a large stakeholder in a land-rich publically traded Russian forestry company Segezha Group, founder and sole owner of Bonum Capital Murat Aliev accounced on October 11.

Bonum’s deal with Segezha, due to be concluded at the beginning of next year, will see the investment group sell Inter Forest Rus – a holding company comprised of high-quality assets and substantial forestry resources that was established to consolidate quality assets in the sector – to Segezha, expanding its existing resource base by half again. As a result of the deal, Segezha will own 16.1mn hectares of forest under long-term lease, five times more than any of its largest publicly traded peers.

The deal value is in the region of $515mn. It is expected that this amount will be split in three parts: $238mn will be applied towards restructuring and consolidation costs in respect of the target assets; $205mn will be used to retire some of the target group’s debt; and Bonum Capital will take home approximately $82mn, $68mn of which is payable in instalments across a period of four years post-completion subject to the satisfaction of certain payment conditions.

“In the current context of global trends around sustainability and combating climate change, we are strong believers in the outlook for the global forestry sector and see huge potential for investment in Russian forest assets, where improvements to operating efficiency and sectoral consolidation are creating huge opportunities for higher returns and growth of shareholder value.” said Aliev.

Bonum has been making considerable inroads into the forestry sector over the past year. It participated in Segezha’s IPO in April 2021, and also consolidated Inter Forest Rus, the holding company, which they are selling to Segezha.

Inter Forest Rus comprises 24 companies from different segments of the timber industry, and includes a vast swathe of forested land in Siberia as well as 5,000 employees, new mills and a fleet of boats for transporting resources by river. Bonum also acquired the rights for a number of companies in the forestry sector from Trust Bank in 2020 at auction, Aliev told bne IntelliNews. The deal therefore marks a considerable consolidation in the Russian forestry market, with Segezha now boasting one of the largest allowable cuts of any publicly listed forestry company in the world, at 23.6mn cubic metres.

By throwing in its lot with Segezha, Bonum is making a significant move in the direction of the forestry sector. But why did it choose Segezha over other big players? There were rumours that it was also mulling selling the assets to rival forestry group Ilim. Aliev was tight-lipped.

“We don’t comment on rumours.” He said. “In becoming an investor in Segezha and evaluating their business model and the quality of management they maintain, we determined that it was Segezha that had every opportunity to function as a consolidator in the sector and bring Russia's forest products industry to a new global level. Segezha is set to become the number one company in the world in terms of volume of wood-cutting area.”

Aliev also stressed that Bonum’s interests in Segezha are long-term, with the hope that it will become a leading global player. This is why the group has become Segezha’s second-largest shareholder.

Bonum Capital has been involved in a spate of Russian & CIS IPOs over the past year, including Kazakh banking and fintech startup Kaspi.kz and Russian discount retail chain Fix Price. The group also specialises in acquiring distressed assets and re-packaging them with the assets of other industry players in order to grow their value.