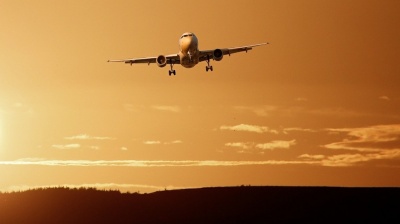 A Beechcraft twin-engine aircraft with two people on board crossed the airspace of Hungary, Romania, Serbia and Bulgaria on the evening of June 8, the Romanian defence ministry said in a statement.

Bi TV station, quoting MTI, said Hungary has identified the origin of the aircraft, which landed in the Hajdúszoboszló area for refuelling and took off again shortly.

"The plane that crossed Romania’s airspace along a route including Oradea, Caransebes, and Drobeta-Turnu Severin showed no signs of hostile or dangerous behaviour," the statement issued by Romania’s defence ministry reads.

"The pilot did not respond to radio requests and visual signals from the warplanes that were escorting the aircraft in accordance with international rules," the ministry added.

According to the current information, the plane took off from the area of the Hungarian city of Debrecen at about 5:30 pm, having no approved flight plan and with its transponders turned off.

The aircraft was intercepted in Hungarian airspace by two military aircraft of the Hungarian Air Force, type JAS 39 Gripen, at 17.38. The Hungarian warplanes escorted the aircraft across Hungary’s airspace.

The aircraft did not respond to radio interrogations or visual signals from military aircraft.

At around 17.49, the aircraft entered Romanian airspace, in the Oradea area, being accompanied by the two Hungarian military aircraft, based on the cross-border agreement between Romania and Hungary.

At 17.58 the Hungarian aircraft returned to base, the target being taken over by two F-16 aircraft of the US Air Force. The mission of the two American aircraft was similar, radio interrogation, visual identification and escorting of the target aircraft.

At 18.36, the air police mission was taken over by two F-16 aircraft of the Romanian Air Force.

The Romanian military aircraft intercepted the target aircraft at 18.42 and continued the interrogation and escort mission.

The target aircraft, which continued to not respond to radio and visual queries, intersected at around 19 for about two minutes with Serbian airspace in an area between Drobeta Turnu Severin and Korbovo.

Around 19.09, the target aircraft crossed into the airspace of Bulgaria. The Bulgarian defence ministry said that the plane entered under “complex hydro-meteorological conditions” but that its lading site has now been located.

“It has been established that the plane has landed in our country and with the assistance of the Ministry of Interior the landing site has been located. The case is under investigation,” the ministry said early on June 9.