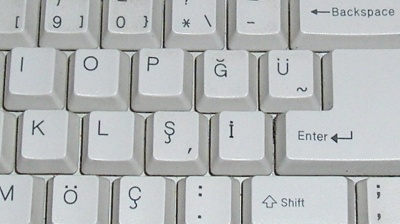 PayU will be getting the hang of the Turkish keyboard.
By bne IntelliNews June 12, 2019

Iyzico is one of the most hotly tipped fintech start-ups in Turkey. It says it is the fastest growing fintech company in the country of 81mn.

The transaction is subject to regulatory approval, with the deal expected to close in the next few months.

“The acquisition will allow PayU to consolidate its position as a leader in the payments space and accelerate scale and efficiency in Turkey, where there is a huge growth opportunity for e-commerce and online payments,” the company said in a statement.

It added: “Even though e-commerce in Turkey has been growing stably at over 10% each year, it is still in its infancy with a share in total sales less than 5%. The SMB [small and medium sized business] opportunity alone is significant with potential for 10x expansion over the next few years.”

3mn SMBs
There are around 3mn SMBs in Turkey, but iyzico says only a fraction of them use digital payments and e-commerce infrastructure.

Founded in 2013, iyzico provides secure payments to over 300 marketplaces, with over 400,000 personal sellers of different sizes, as well as to 30,000 online merchants that use its checkout solution.

PayU has invested more than $500mn in the e-commerce industry since 2016. The company is looking to position itself to profit from rising internet adoption and e-commerce in emerging economies, and Turkey boasts the Middle East’s largest economy and a relatively young population. The focus of PayU on payments, one of the fastest growing areas in finance, puts the company in position to take a share of an industry that Boston Consulting Group forecasts will produce $1 trillion in new revenue through 2027.

“We are constantly looking for ways to augment the naturally high organic growth in our markets by investing in new technology, as well as market consolidation,’’ Mario Shiliashki, head of payments at PayU, said in a phone interview with Bloomberg. “Being a leader in high growth markets will help us to grow faster than others.’’

Naspers last month proposed moving most of its internet businesses to a new listing in Amsterdam. It holds a 31% stake in Chinese internet giant Tencent Holdings, which is valued at around $130bn, according to data compiled by Bloomberg.

Iyzico’s founders will retain a small, minority stake in the new combined Turkish business, according to PayU.