NEMETHY: Are we now seeing Peak Russia and Peak China? 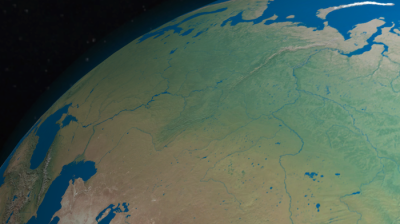 Are we at Peak China and Russia? Both countries have grown fast in the last three decades but the clash with the West and the lack of reforms make the outlook for both less certain. / bne IntelliNews
By Les Nemethy CEO and founder of Euro-Phoenix Financial Advisors October 27, 2022

The question in the title is perhaps a strange one to ask at a time when these two countries seem so powerful and aggressive, the former attacking Ukraine, the latter threatening to take Taiwan.  Yet just as we saw Peak Japan around 1990, the evidence is mounting that Russia and China are heading down a similar path, for different reasons. First I will cover Russia, then China.

Russia has punched above its weight politically and militarily, thanks to the largest arsenal of nuclear weapons in its possession, a leftover from the Soviet era. But its GDP is merely of the order of magnitude of Spain or Canada.

Russia’s attempt to annex Ukraine has exposed the limits of Russian conventional military power.  Although Russia’s nuclear threat remains, perhaps the major constraint to its use is the difficulty of creating a winning scenario.

At a fundamental level, Russia's decline is driven by demographics: alcoholism is rife, and the medical system is horrible – according to Rand Corporation, Russia has the lowest male life expectancy of any developed country (58 years), and a low birth rate.  The US Bureau of Census estimates that Russia’s rapidly greying population will decline from approximately 140mn today to around 110mn by 2050. The above estimates predate the Ukraine War, which triggered emigration of hundreds of thousands of young males and the death of many tens of thousands on the battlefield. Many of those emigrating are talented entrepreneurs, IT workers – a veritable brain drain. Russia’s demographic implosion will affect its economic power and ability to project political and military power. And it is inevitable: it would take 30 years to reverse.

According to geopolitical analyst Peter Zeihan, it is precisely this rapidly weakening situation that tempted Putin to seize Ukraine, before Russia experiences further relative decline.

China sees a similar pattern of demographic demise, but for different reasons. The ‘one child’ policy (1980-2015) limited the majority of families to one child, making population decline inevitable. An excess of 30mn more males than females further limits new family formation. According to the South China Morning Post, the population of China is expected to halve (from its current level of around 1.4bn) by 2050. This would indubitably have an impact on GDP and superpower ambitions.

The 6%+ growth rates in past decades were fuelled by several drivers:

None of this is sustainable. China’s economic growth in the first half of 2022 was a mere 2.5%.

President Xi’s push for “common prosperity” to reduce the income and wealth gap and his call at the recent Party Congress for “regulating the mechanism of wealth accumulation” will further dampen entrepreneurship and catalyse capital flight. Financial markets are experiencing a major change in mood on China: post-Party Congress Chinese stock market indices and yuan exchange rates are plunging. Unless the government changes its tune, the trend will be difficult to reverse.

While China’s economy is larger than the US measured according to purchasing power parity (PPP) terms, the Centre for Economics and Business Research forecasts 2028 as the date when China surpasses the US in absolute terms. In my view, this is far from inevitable.

China may be tempted to seize Taiwan for reasons similar to Russia – before its power relative to the US begins to wane.

I do not mean to belittle issues facing the US – extreme political polarisation, high debt levels, etc., but ultimately the US has a more powerful entrepreneurial and deeper technological base and much better demographics than Russia or China. The US has far more immigration, and baby boomers had more children in the US than in Russia or China.

The democratic system allows for renewal and fresh ideas every four years, as opposed to being locked into an autocratic leader for decades. Putin and Xi are on the way to transforming their countries into gerontocracies. Intuitively, it makes sense that societies where information flows freely are more innovative and productive. Remember the “open society” thesis for the US winning the Cold War? For the past 30 years, both China and Russia went through a period of relative openness, which allowed them to mount a significant challenge to the US. Their sudden lurch to closed systems may sow the seeds of their own demise. They are their own worst enemies.

ING: Europe faces stiff competition for natural gas
5 days ago
PANNIER: Might Tokayev be the real deal?
9 days ago
OPINION: Bosnia economic salvage supplants breakup mood
14 days ago
ASH: Turkey is heading to “incumbent democracy”
15 days ago
RIMMER: You only sing when you’re winning
16 days ago